Think of moving away from fossil fuels and their full costs

Think of a Terawatt and then think.... Petawatt

2020 / For the first time, according to the International Energy Agency, (IEA), in its World Energy Outlook 2020 published in October 2020, renewable solar is the “new king,” beating non-renewable coal at its own game.

In fact, solar has surpassed IEA’s predictions made last year by 20-50% (the range varies with location). On- and offshore wind projects also enjoyed similarly large cost reductions from previous estimates...

What’s Holding The Renewable Revolution Back?

Even in the U.S., where many of the global clean energy giants are based, renewable energy only made up 11 percent of the national primary energy consumption in 2018.

Before analyzing why the much-talked-about renewable energy boom has yet to significantly impact the fossil fuel industry, a quick overview of the renewable successes in the last decade is necessary.

'The Decade of the Renewable Revolution

In 2011, the U.S. Department of Energy launched the SunShot Initiative, aiming to make solar costs competitive with other forms of energy. The initiative reached its 2020 goal three years early.

In 2012, 7.6 gigawatts of PV panels were installed in Germany alone, as the nation strove to become a global leader in renewable energy.

In 2013, wind power became cost-competitive with both natural gas and coal, with some wind farms in the Midwest signing power agreements at as low as $25 per megawatt-hour.

In 2014, the Ivanpah Solar Facility opened in the Mojave Desert with the potential to power 100,000 Californian homes and prove the viability of large-scale solar.

In 2015, 153 GW of renewable energy was installed, which was more than the amount of conventional fossil fuel added that year. This prompted Fatih Birol to claim that “We are witnessing a transformation of global power markets led by renewables”.

In 2016, Portugal ran for four days straight on renewable energy alone, with solar, wind and hydropower sourcing all of the country’s electricity consumption for 107 hours.

In 2017, renewable energy surpassed nuclear energy as a percentage of U.S. energy generation for the first time in the modern nuclear era.

In 2018, California approved a historic policy that required all new homes in the state to incorporate solar panels as of 2020. Legislative wins like this for the clean energy industry shows that there is plenty of political will behind the renewable revolution.

In 2019, the UK generated more of its energy from zero-carbon sources than from all fossil fuels combined for the first time since the industrial revolution.

An impressive list of renewable energy milestones. But there have been plenty of obstacles for the industry to overcome and the reality is that big ambitions and even an increasing amount of political will aren’t going to be enough.

The single most important issue when it comes to integrating renewables into our energy mix is the lack of energy storage...

Editor: And then there are the politics...

Via the journal of the National Academy of Sciences of the U.S.

A number of studies... have concluded that an 80% decarbonization of the US electric grid could be achieved at reasonable cost. The high level of decarbonization is facilitated by an optimally configured continental high-voltage transmission network. There seems to be some consensus that substantial amounts of greenhouse gas (GHG) emissions could be avoided with widespread deployment of solar and wind electric generation technologies along with supporting infrastructure.

It is not in question that it would be theoretically possible to build a reliable energy system excluding all bioenergy, nuclear energy, and fossil fuel sources. Given unlimited resources to build variable energy production facilities, while expanding the transmission grid and accompanying energy storage capacity enormously, one would eventually be able to meet any conceivable load. However, in developing a strategy to effectively mitigate global energy-related CO2 emissions, it is critical that the scope of the challenge to achieve this in the real world is accurately defined and clearly communicated.

SACRAMENTO — California will aim to derive all its retail electricity from renewable sources by 2045 under a bill Gov. Jerry Brown signed into law on Monday, with backers framing the measure as the state’s latest rebuke to environmental backsliding by the Trump administration.

The bill “is sending a message to California and the world that we are going to meet the Paris agreement and we are going to continue down that path to transition our economy,” Brown told reporters, referencing the climate accord from which President Donald Trump withdrew the United States last year.

Brown’s signature comes in the waning months of his fourth and final term, and serves as a capstone to his efforts to make California a global leader on climate change. He timed the public signing ceremony to a global climate summit that will bring public officials from around the world to San Francisco this week.

According to Energy Production and Consumption Revolution Strategy 2016-2030, by 2030, 50% of total electric power generation will be from non-fossil energy sources, including nuclear and renewable energy.” 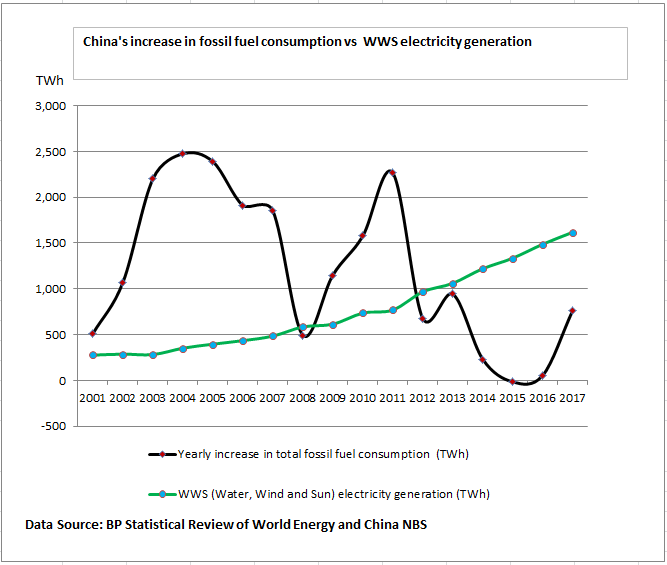 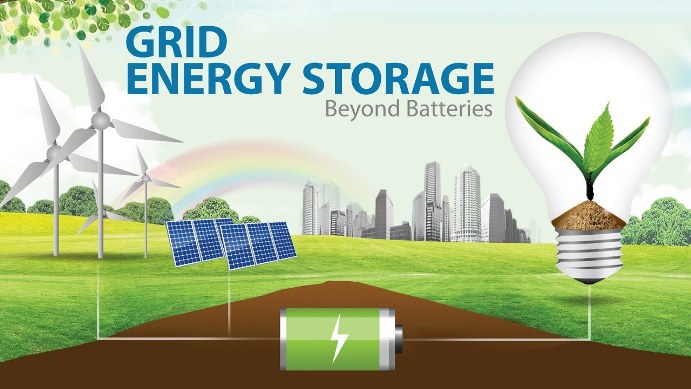 Transitioning to Renewables: Our Generation's Challenge 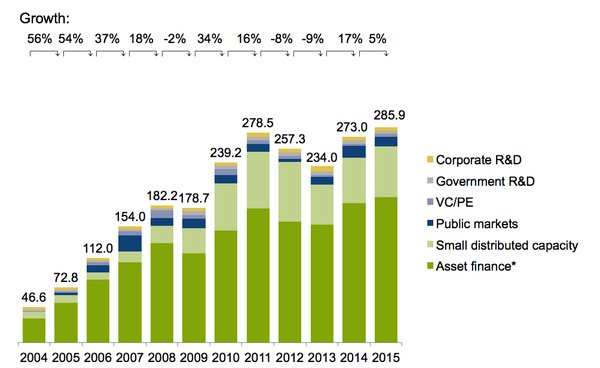 Renewable Revolution: US Department of Energy

This category has the following 26 subcategories, out of 26 total.