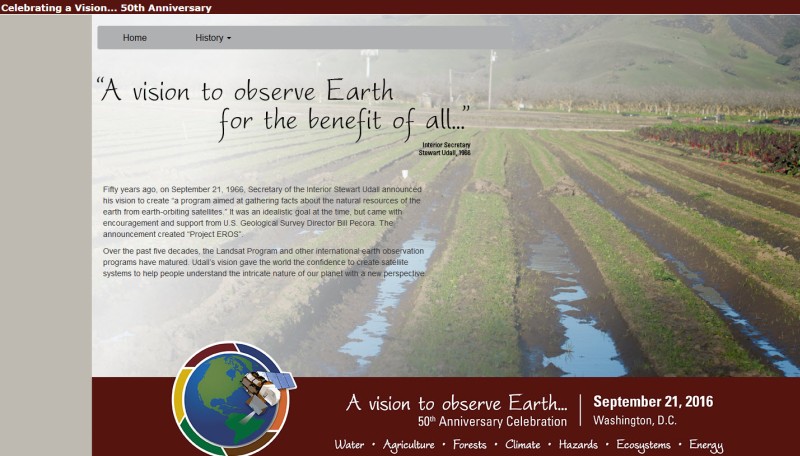 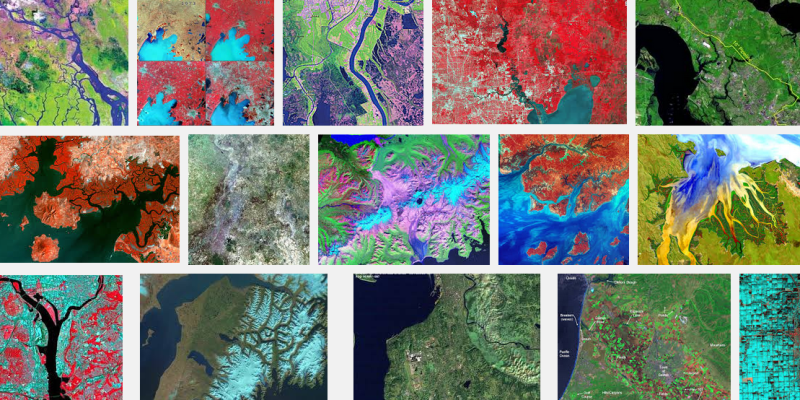 The mission of the Landsat Program is to provide repetitive acquisition of moderate-resolution multispectral data of the Earth's surface on a global basis. Landsat represents the only source of global, calibrated, moderate spatial resolution measurements of the Earth's surface that are preserved in a national archive and freely available to the public. The data from the Landsat spacecraft constitute the longest record of the Earth's continental surfaces as seen from space. It is a record unmatched in quality, detail, coverage, and value.

The Landsat 8 observatory offers these features:

Data Continuity: Landsat 8 is the latest in a continuous series of land remote sensing satellites that began in 1972.

Radiometric and Geometric Calibration: Data from the two sensors, the Operational Land Imager (OLI) and the Thermal Infrared Sensor (TIRS), are calibrated to better than 5% uncertainty in terms of top-of-atmosphere reflectance or absolute spectral radiance, and having an absolute geodetic accuracy better than 65 meters circular error at 90% confidence (CE 90).

The continuation of the Landsat Program is an integral component of the U.S. Global Change Research Program and will be used to address a number of science priorities, such as land cover change and land use dynamics. Landsat 8 is part of a global research program known as NASA’s Science Mission Directorate, a long-term program that is studying changes in Earth's global environment. In the Landsat Program tradition, Landsat 8 continues to provide critical information to those who characterize, monitor, manage, explore, and observe the land surfaces of Earth over time.

The U.S. Geological Survey has a long history as a national leader in land cover and land use mapping and monitoring. Landsat data, including Landsat 8 and archive holdings, are essential for USGS efforts to document the rates and causes of land cover and land use change, and to address the linkages between land cover and use dynamics on water quality and quantity, biodiversity, energy development, and many other environmental topics. In addition, the USGS is working toward the provision of long-term environmental records that describe ecosystem disturbances and conditions...

October 11, 2016 / Looking into the past to see the future on Earth Observation Day

At the USGS EROS Center, the Interior Dept/USGS studies land change and produces land change data products used by researchers, resource managers, and policy makers across the nation and around the world.

They also operate the Landsat satellite program with NASA, and maintain the largest civilian collection of images of the Earth’s land surface in existence, including tens of millions of satellite images.

In a September 21, 1966 press release, Secretary of the Interior Stewart Udall announced that the DOI was launching "Project EROS (Earth Resources Observation Satellites)". Udall's vision was to observe the Earth for the benefit of all. He stated that "the program will provide us with the opportunity to collect valuable resource data and use it to improve the quality of our environment."

George Brown's political action saved the Landsat program. The Congressman out in front of "big science" for decades was a key figure in the Landsat program, the long-running database of imagery of Earth that is moving on to its fifth decade with Landsat 9 (and open access) as a result of Brown's efforts. On the House science committee for over 30 years, George led an array of science efforts, including one that greens look to as prescient -- he drafted legislation establishing the first national climate change research program via the National Climate Program Act of 1978. Congressman Brown, from 1964 until his untimely passing in 1999, was a mentor for your GreenPolicy Siterunner.

"Now some people say they're going to turn off the satellites that are monitoring the climate... low-earth phenomena, the LANDSAT and all the various measuring satellites that we have...

"Well, I remember back in 1978 I proposed a LANDSAT satellite for California. They called me 'Governor Moonbeam' because of that. I didn't get that moniker for nothing." 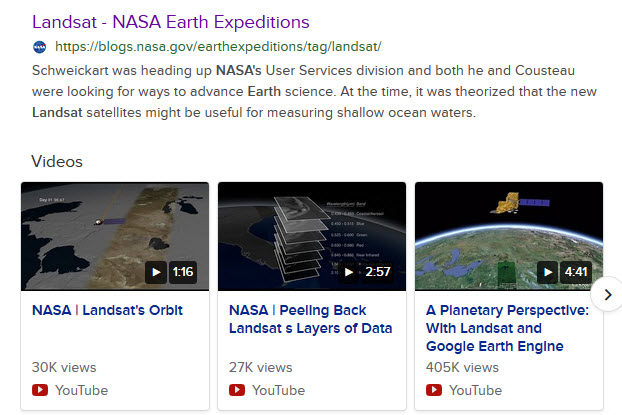 Landsat 9 is scheduled to launch in 2021, and promises the continuity of a critical, long-running database for imagery of the Earth's surface

EarthSky, a radio program that brings current science ideas, strategies, and research results to people worldwide, has announced the selection of Dr. Gavin A. Schmidt as the 2011 EarthSky Science Communicator of the Year. Schmidt was voted for this honor overwhelmingly by EarthSky’s Global Science Advisor committee made up of over a thousand participants.

Schmidt works on climate modeling at NASA’s Goddard Institute for Space Studies (GISS) in New York. He coauthored Climate Change: Picturing the Science in 2009. In his recent EarthSky interview, Schmidt talked about the importance of describing science as a work in progress, an ongoing process. He is convinced that sharing scientists’ stories with the public—the details of how and why they conduct their research—is as important as the results that make the news. Schmidt considers science “one of the greatest, most successful human endeavors that we’ve ever embarked upon.” While looking at graphs and equations can be an esoteric endeavor, people generally have a visceral response to images of changes in the landscape and of scientist at work. 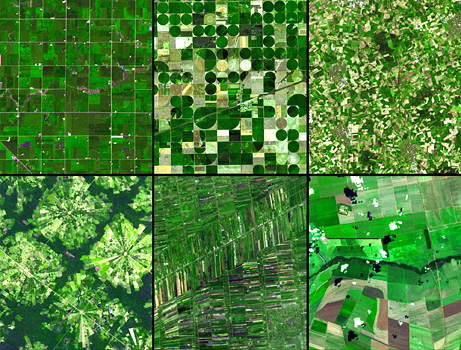 Remembering Stewart and George, Two Who Dreamt Was Could Be -- and Made It Happen 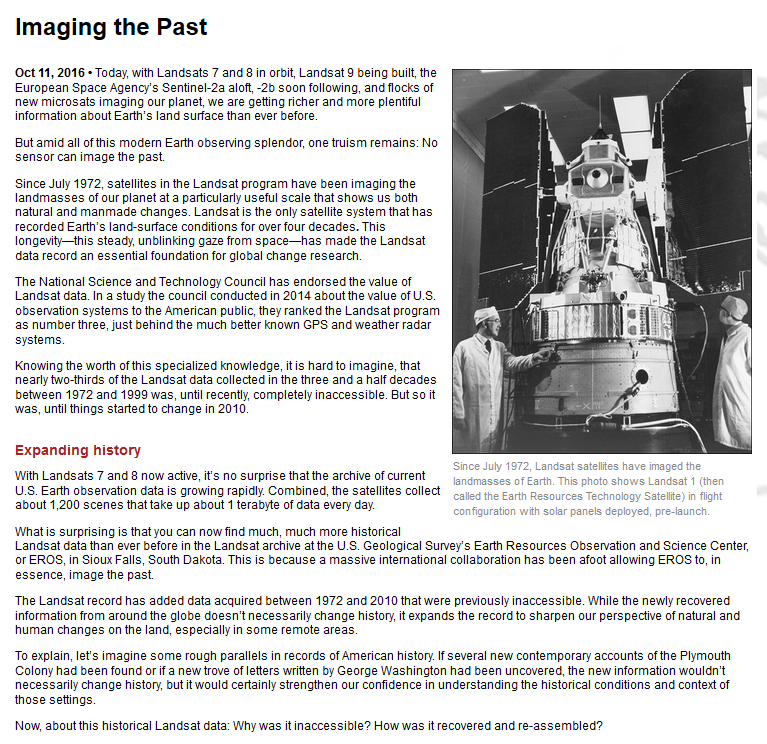 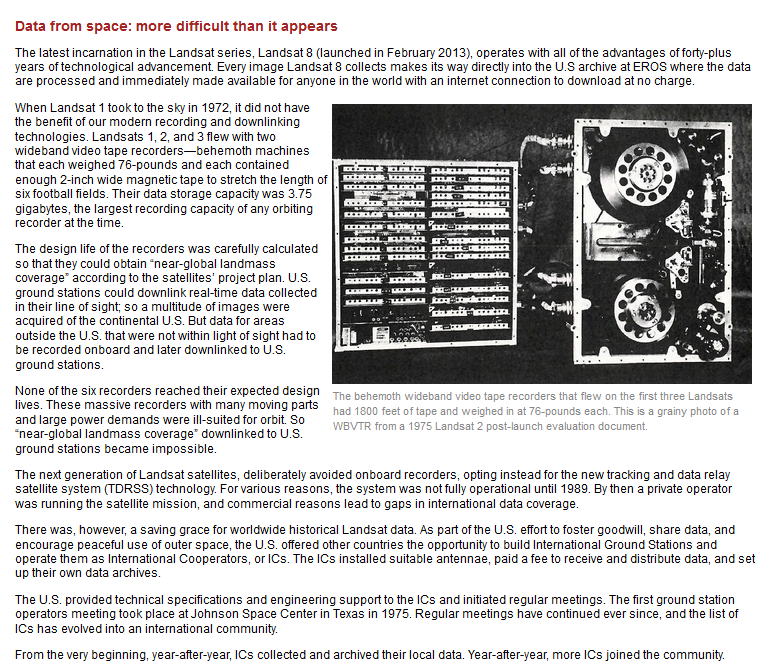 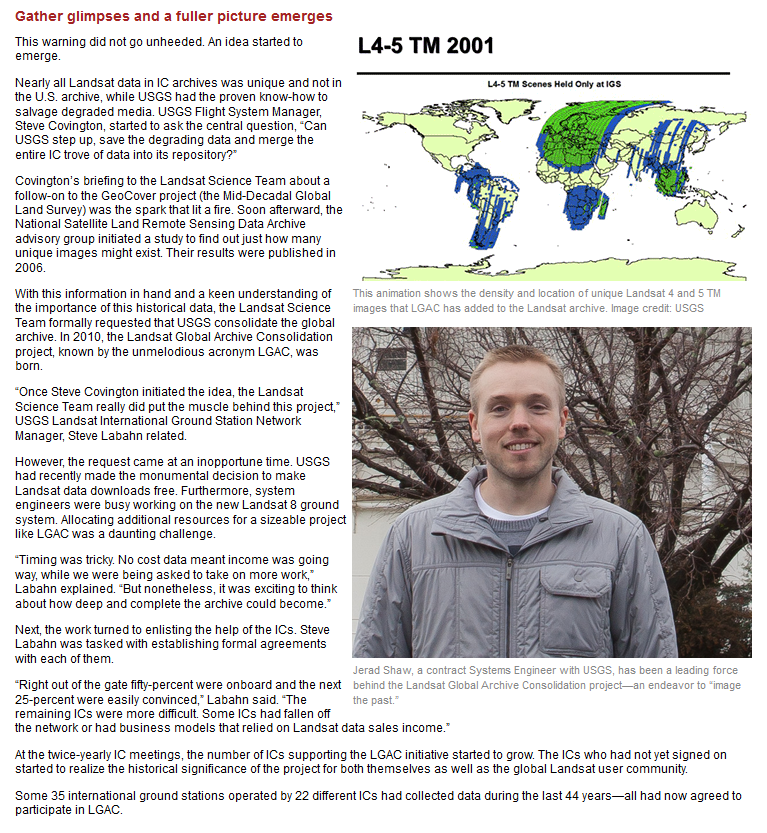 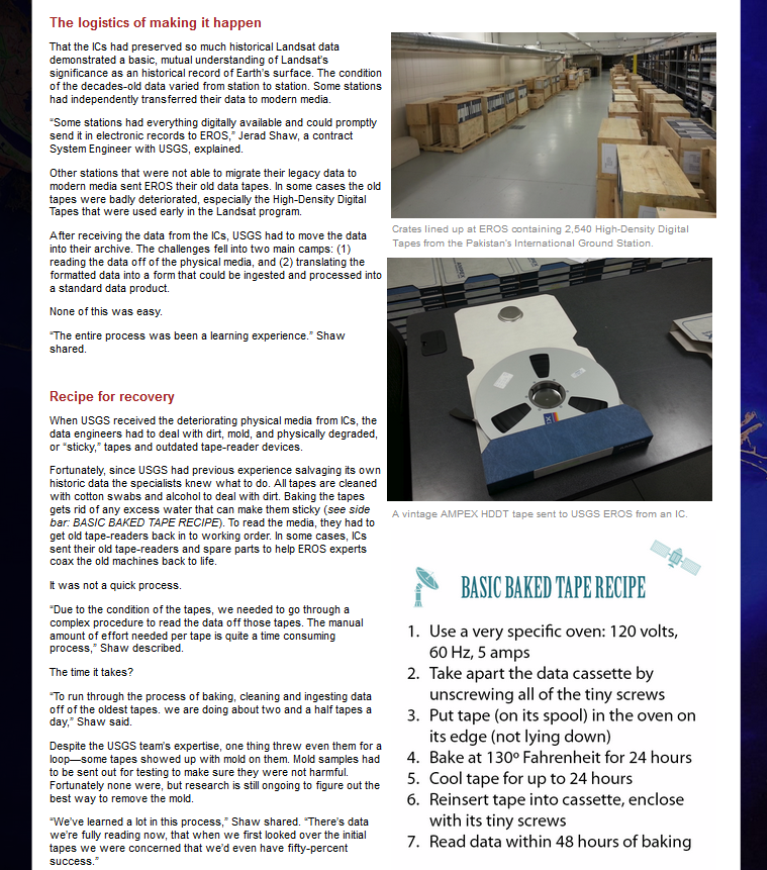 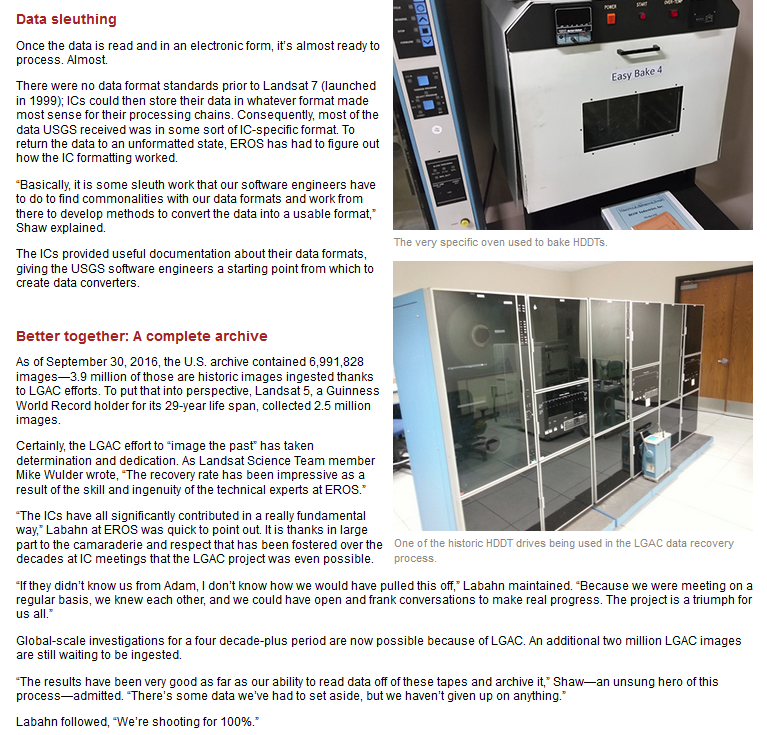 Read More / The first decades of Earth Science from space: 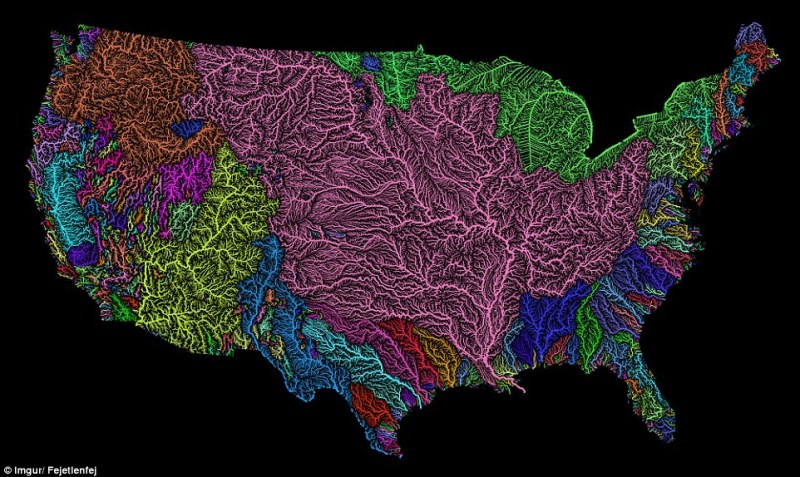 Landsat is shaping the new Google Mapping future... A science dream made real as we see change-over-time --- the Columbia Glacier 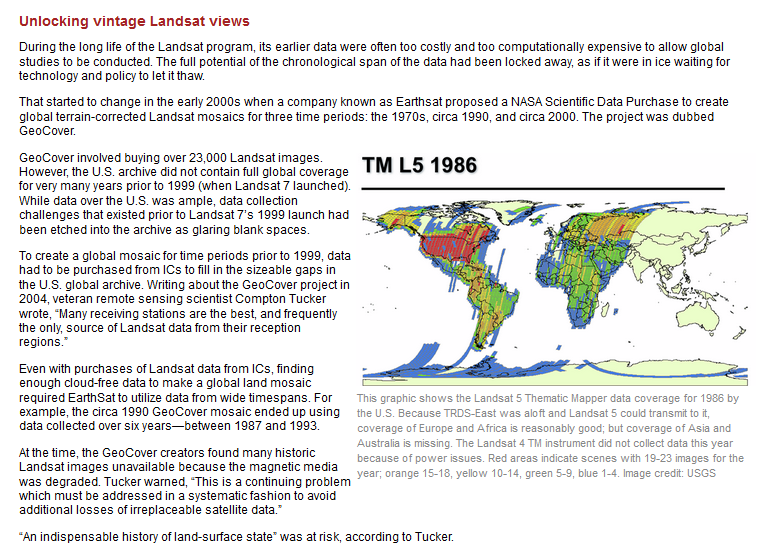 To establish if Landsat could accurately measure ocean depth from space, simultaneous measurements from ships, divers and the satellite were needed.

Schweickart knew a coordinated bathymetry expedition was an essential step. He had honed his diving expertise while training for his Skylab mission in NASA’s water immersion facility and was enthusiastic about scuba work. Teaming with Cousteau was a natural fit.

An elaborate experiment was designed to determine definitively if multispectral data from the Landsat satellites could be used to calculate water depth. The clear waters of the Bahamas and coastal Florida were selected as the test site.

The experiment design involved two research vessels, the Calypso and Johns Hopkins University Applied Physics Lab’s Beadonyan, being in position, or “on station,” when the Landsat 1 and 2 satellites went overhead on eight different days (four consecutive days on each of two weeks).

The overall concept was simple: the research ships would use their fathometers to measure water depth at the exact same time that the satellite flew overhead and then those measurements would be compared (the simultaneous measurements eliminated any environmental or atmospheric differences that could have complicated comparisons).

Using these measurements, scientists developed mathematical models describing the relationship between the satellite data and water depth, accounting for how far the light could travel through water, and how reflective the ocean floor was.

“Particular thanks” was given to Cousteau’s team of divers in the experiment’s final report “for their dedication and expertise in the underwater phases of the experiment, without which, measurements of key experimental parameters could not have been made.”

The diving prowess of Cousteau, Delemotte, and the Calypso crew added inextricably to the realm of satellite-derived bathymetry. Because of data collected during the NASA-Cousteau expedition, charts in clear water areas around the world were updated, making sea navigation safer. It was the precision measurements made by Delemotte and Cousteau’s team of divers that made bathymetry calculations for those chart updates possible.