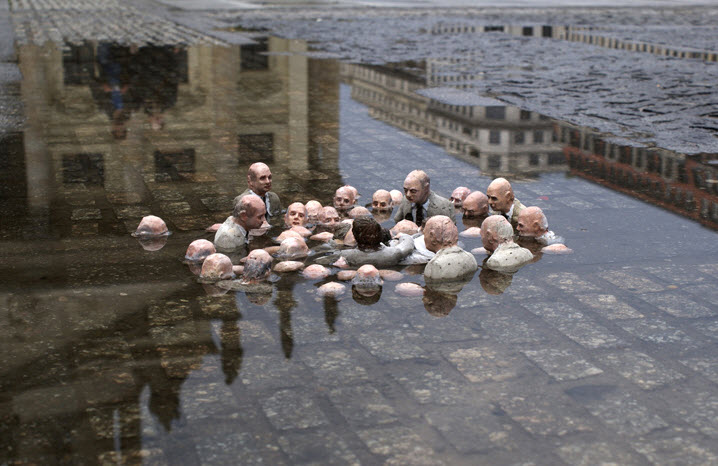 Take a Closer Look at Florida in the U.S.

The Terrestrial Home Base of GreenPolicy360 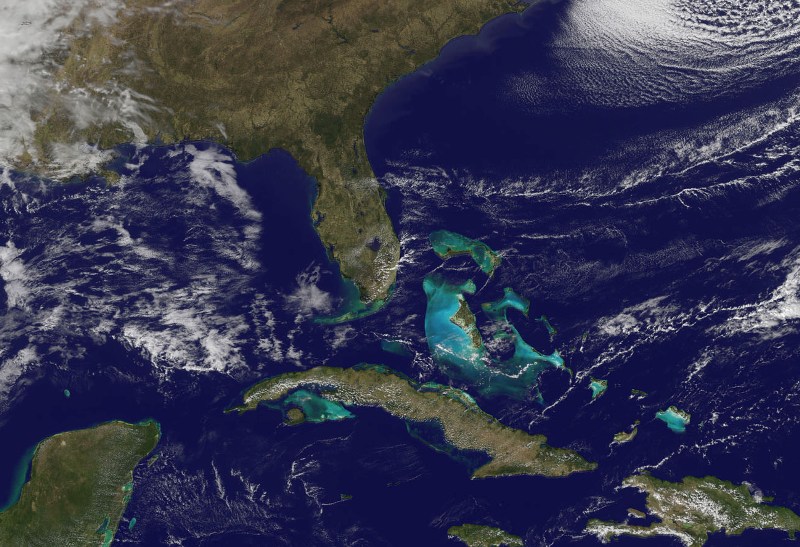 Florida, a Limestone Peninsula" Who Cares About Karst?

The Florida Peninsula is a limestone plateau formed many millions of years ago when the area was a warm, shallow sea. Millions of years of deposits from small sea creatures make up the limestone, which is several thousand feet thick.

What we see of Florida is just part of an enormous carbonate platform that developed over millions of years. When the bit of metamorphic rock that would become Florida's basement rifted off of proto-Africa in the time of Pangea, a basin formed as the baby Atlantic Ocean was born. That's where the Florida Platform began to form: in shallow, warm seas filled with coral reefs and algae with calcium carbonate skeletons, living happily under the sun, producing those calcium carbonate bits that built up incrementally as they died. And this went on for ages, right up through the Paleogene, the geologic age after the death of the dinosaurs. There are cliffs bounding the Florida Platform that are nearly 1,828 meters (6,000 feet) high, beneath the waters of the Gulf of Mexico. That immense carbonate mass may be more than 6,096 meters (20,000 feet) deep. That's a huge amount of potential karst. (From Scientific American)

Thick carbonate deposits under most of Florida comprise the Floridan aquifer system... The high productivity of this aquifer is due to the development of secondary porosity caused by dissolution or karst processes.

Karst topography is the geological name given to an area of limestone bedrock featuring caves, sinkholes, underground streams and natural springs (Florida has one of the highest concentrations of springs on Earth). In laymen terms, karst topography is anywhere the lower levels of the soil horizon has been dissolved by the physical or chemical weathering of the bedrock. These environments are comprised of carbonate rocks, such as dolomite and limestone, or having high amounts of evaporites, for example, salt and gypsum, as these materials tend to be highly soluble in water. Having these conditions within humid climate like Florida invites faster weathering. Another erosion accelerator is groundwater mixed with vegetation creates a weak acid that dissolves the limestone. (think baking soda mixing with vinegar) Over time, cracks become caves, and when caves collapse they form exposed openings known as karst windows.

Karst processes characteristically develop zones of enhanced porosity within carbonate rocks creating a highly heterogeneous aquifer system with rapid rates of ground-water movement and recharge. Subsidence events caused by the collapse of materials into overlying caverns and caves can result in structural damage at land surface. More importantly karst-related features can create direct pathways for introducing surface contaminants into the ground-water system where remediation is difficult.

USGS / United States Geological Survey: Groundwater contamination is the most significant problem in karst. The formation of solution channels and sinkholes create a direct avenue for the movement of inadequately treated stormwater and wastewater into the aquifer. In karst aquifers, turbulently flowing underground streams have velocities approaching those of surface streams. The nature of the groundwater flow system causes karst areas to be extremely vulnerable to groundwater contamination.

Most of Florida is prone to karst-related water-resource problems...

Saltwater intrusion and groundwater contamination will be and already is a critical issue in the region's future..... 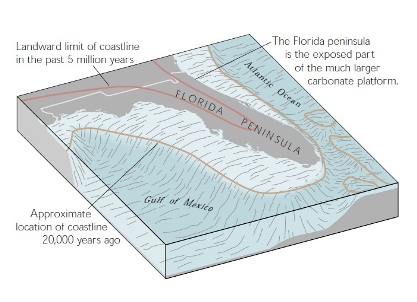 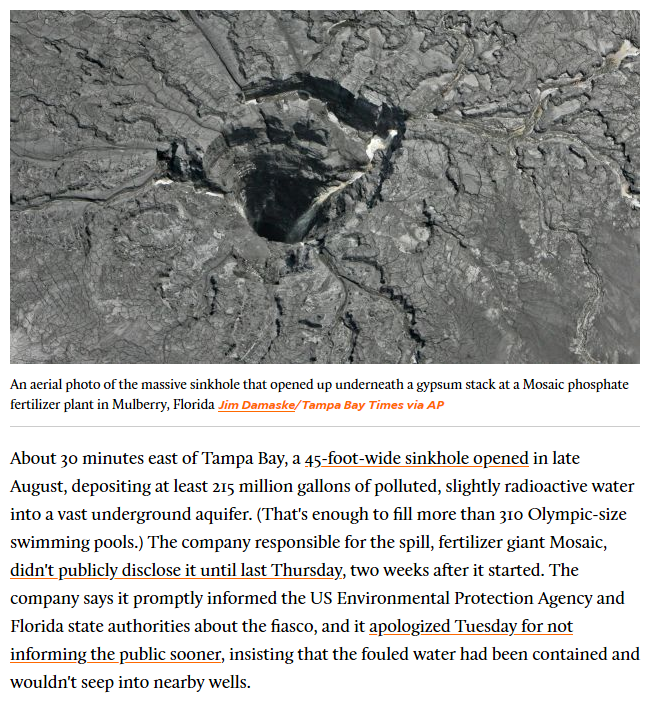 Banned in Florida: Government Frowns on the Use of the Term -- "Climate Change" 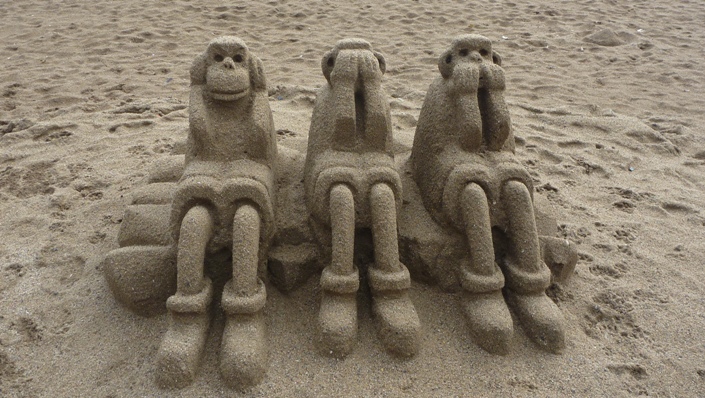 In Florida, fossil fuel energy co's have their way in a pro-fossil fueled legis and w/ the gov. Today we read the energy co's are officially against renewables, incl solar in the "Sunshine State", claiming to the PSC that energy 'savings' are bad (for them) and then there's the 'if they can't grow, they'll die' argument (so pay more, use more, pollute more, greenhouse more, sea rise more, not to worry, bigger better, more better.) What's wrong w/ this picture?

Florida and the Surging Seas, a Vulnerability Assessment

Florida - Impact of Sea Level Rise on Energy and Water

A 2014 report released by the research and journalism group Climate Central found that 2,120 square miles of land lie less than 3 feet above the high tide line in Florida. That means 300,000 homes, or around $145 billion in property value, are at risk.... Climate Central found that $71 billion of Florida property sits on land less than two feet above the high tide line. 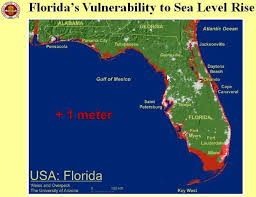 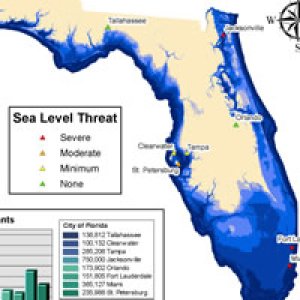 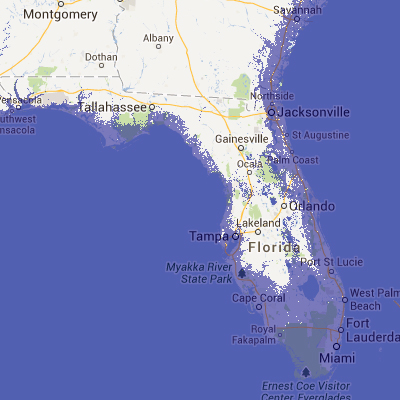 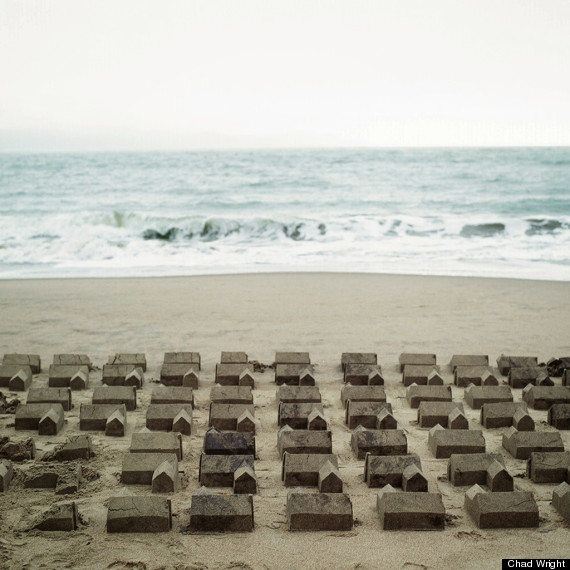 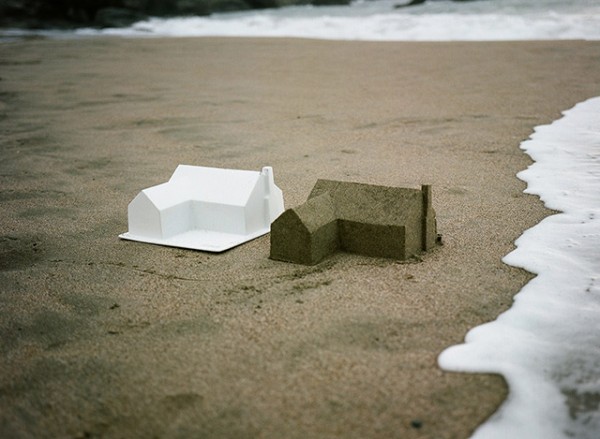 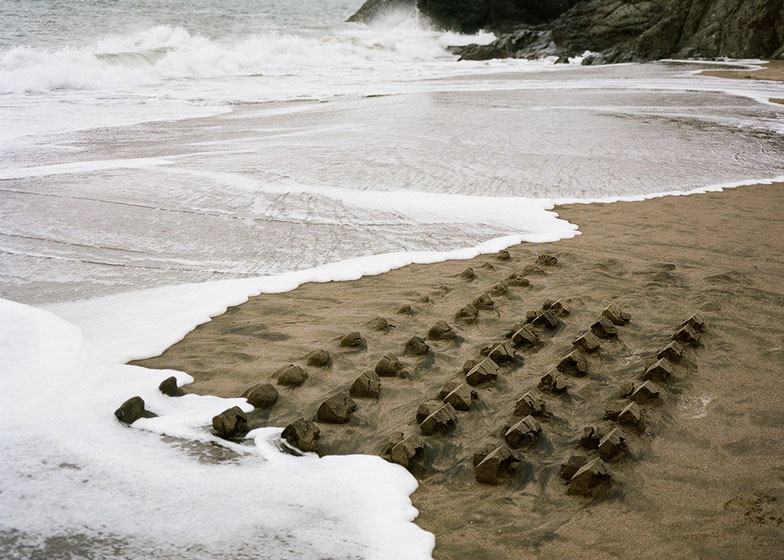 [edit] In Denial, Not a River 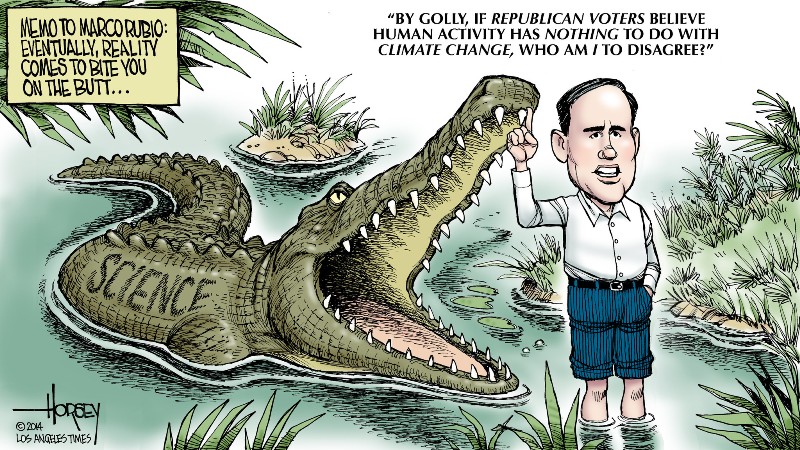 The following 34 pages are in this category, out of 34 total.