Kochi ([koˈtʃːi ] ( listen)), also known as Cochin (KO-chin), is a major port city on the south-west coast of India by the Arabian Sea and is part of the district of Ernakulam in the state of Kerala.

Known as the Queen of the Arabian Sea, Kochi was an important spice trading centre on the west coast of India from the 14th century.

The world's first solar airport no longer pays for electricity.

Three years ago, they began adding solar panels -- first on the roof of the arrivals terminal, then on and around an aircraft hangar. The success of those initial efforts led to a much bigger endeavor.

"We wanted to be independent of the electricity utility grid," Jose Thomas, the airport's general manager, told CNNMoney.

The tens of thousands of panels generate on average slightly more than the roughly 48,000-50,000 kilowatts of power that the airport -- the seventh busiest in India -- uses per day, according to Thomas. Surplus energy is fed into the wider electricity grid. 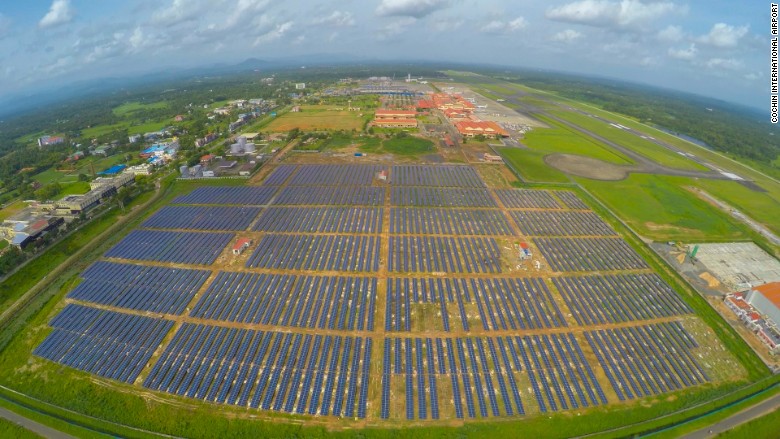