This Texas Town In Oil Country Is Going 100 Percent Renewable

Georgetown, Texas, has the least expensive utilities in central Texas for a reason
Next year it'll generate all its power from solar and wind

"It's sort of like Mayberry R.F.D. Everybody knows everybody," Mayor Dale Ross said.

We're in Georgetown, Texas, which has a small-town feel and a cutting-edge power grid.

Next year, it'll be the largest city in America to go 100 percent renewable. And that's in the middle of oil country ...

"We put to the side national politics whether you're a Democrat, Republican or liberal or conservative," Mayor Ross said.

"This was a decision that was good for the city."

Clean energy will mean lower utility costs for Georgetown and its 60,000 residents. And it will keep utility costs steady for 25 years.

"We have 97 windmills out in Amarillo," Ross said. "And our solar farm is being built. The energy will be generated there. For both water and electricity, we're the least expensive in central Texas."

"It makes economic sense, and if you share that information and show people where economics work on this, they understand that," Briggs said.

"We've been in a sustained drought in central Texas," Ross said. "It takes considerably less water to generate wind and solar energy. Don't we have an obligation both morally and ethically to leave the Earth better than we found it?" 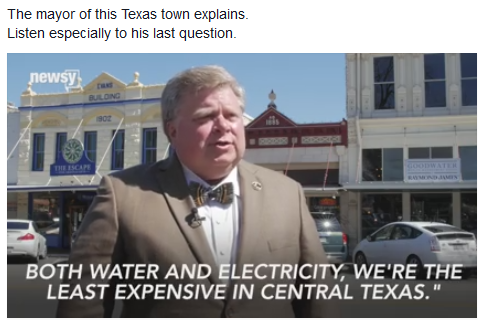 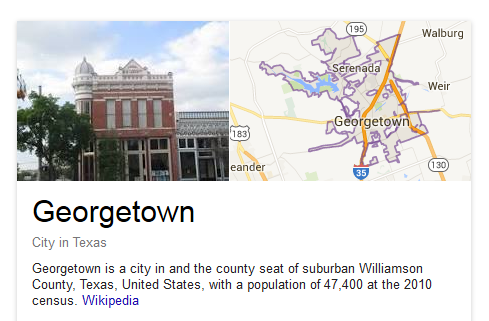