Election Reform in the US

The U.S. Needs a 'Bigger House'

We’re nearly two decades into the 21st century, so why is America still operating with a House of Representatives built for the start of the 20th?

The House’s current size — 435 representatives — was set in 1911, when there were fewer than one-third as many people living in the United States as there are now. At the time, each member of Congress represented an average of about 200,000 people. In 2018, that number is almost 750,000.

This would shock the Constitution’s framers, who set a baseline of 30,000 constituents per representative and intended for the House to grow along with the population. The possibility that it might not — that Congress would fail to add new seats and that district populations would expand out of control — led James Madison to propose what would have been the original First Amendment: a formula explicitly tying the size of the House to the total number of Americans.

The amendment failed, but Congress still expanded the House throughout the first half of the nation’s existence. The House of Representatives had 65 members when it was first seated in 1789, and it grew in every decade but one until 1920, when it became frozen in time.

The bottom line is that the House today is far too small, and that poses a big danger to American democracy.

For starters, how does a single lawmaker stay in touch with the concerns of three-quarters of a million people? The answer is she doesn’t. Research shows that representatives of larger districts are more likely to take political positions at odds with what a majority of their constituents want. These representatives are also ripe targets for lobbyists and special interests, whose money enables them to campaign at scale, often with misleading messages. Special interests are more likely than regular voters to influence policy positions and votes.

Second, the cap on the number of House members leads to districts with wildly varying populations. Montana and Wyoming each have one representative, but Montana’s population — 1.05 million — is nearly twice the size of Wyoming’s. Meanwhile, Rhode Island, which has roughly the same population as Montana, gets two seats. These discrepancies violate the basic constitutional principle of one-person-one-vote, causing voters to be unequally represented in the chamber that was designed to offset the Senate, where every state gets two seats regardless of population.

Third, the size of the House determines the shape of the Electoral College, because a state’s electoral votes are equal to its congressional delegation. This is one of the many reasons the college is an unfair and antiquated mechanism: States that are already underrepresented in Congress have a weaker voice in choosing the president, again violating the principle that each citizen should have an equal vote.

There’s no constitutional basis for a membership of 435; it’s arbitrary, and it could be undone by Congress tomorrow. Congress set it in 1911, but following the 1920 census — which counted nearly 14 million more people living in the United States — lawmakers refused to add seats out of concern that the House was getting too big to function effectively. Rural members were also trying to forestall the shift in national power to the cities (sound familiar?), where populations were exploding with emigrants from farm country and immigrants from abroad.

In 1929, Congress passed a law capping the size of the House and shifting responsibility for future reapportionments onto the Commerce Department. That’s why, more than a century later, we find ourselves with a national legislature far too small to fairly represent both the size and diversity of modern America. This warps our politics, it violates basic constitutional principles of political equality, and it’s only getting worse...

Each of the House’s 435 districts is represented by one person, chosen in a winner-take-all election. It may sound wonky, but in our hyperpolarized, geographically clustered and gerrymandered age, single-member districts have become a threat to the health of America’s representative democracy.

Most people don’t question the wisdom of voting for only one member per district, if they think about the matter at all. But there’s nothing special or preordained about it. In fact, the alternative — districts that send multiple members to Congress — was the norm at the nation’s founding. Nine states still use multimember districts to fill at least one state legislative chamber, and four — Arizona, New Jersey, South Dakota and Washington — elect all their state lawmakers this way.

How would it work in practice? To find out, we enlisted software developer Kevin Baas and his Auto-Redistrict program to redraw new multi-member congressional districts for the entire country. Then we used historical partisan scores to determine which party would win each district.

Is Ranked Choice Voting Too Complicated?

California is out in front in passing a first RCV reform

Governor Brown questions how it will effect voter participation

In 2010, Jennifer Pae, Director of FairVote California, sat in Oakland City Hall listening to the debate about whether ranked choice voting (RCV) should be implemented for that election year, despite the fact that in 2006, voters had overwhelmingly supported ranked choice voting to be adopted by a margin of 69% to 31%. Oakland voters knew that consolidating a June primary to a general election was more just and fair because turnout is highest and more diverse in November.

This conversation was only made possible because Oakland is a charter city and voters were able to make this decision. The type of election system a community uses has a direct impact on the type of representation people get. Unfortunately, under current state law, general law cities and many kinds of districts must use a single-round “plurality” voting method, also known as “winner-take-all” or “first-past-the-post.” Whatever it is called, plurality voting can have terrible results because of vote splitting and the spoiler effect. Without a majority requirement, a crowded field of three or more candidates could mean a winner is declared with a third of the vote or less because too many similar candidates can split the vote.

In contrast, state law prohibits general law counties from using a plurality system. Instead, it requires that they must use a majority two-round runoff system, even as it bizarrely prohibits general law cities from doing so. SB 1288 would have given both cities and counties more options, including an efficient single-round majority system in the form of ranked choice voting.

SB 1288 provided an opportunity for all California communities to have more options, just like Oakland, so they can better select an election method that reflects the will of the people and their needs. It is disappointing that Governor Jerry Brown decided to veto SB 1288. FairVote agree with Governor Brown, we want to encourage more voter participation, especially since California’s voter turnout has been at record lows.

That is what SB 1288 sought to do — that is, encourage participation by giving more options to more voters for electing a true representative. By depriving cities and counties the choice of which voting method works best for their communities, including an opportunity to use ranked choice voting so that voters have more voice and a greater choice, Governor Brown is making the choice for them.

Furthermore, the 2014 Rutgers-Eagleton Poll, working with professors Caroline J. Tolbert and Todd Donovan, conducted rigorous independent opinion polls in the four California cities with ranked choice voting and seven control cities without it. They explored voters’ experiences, showing that voters understanding of RCV is actually higher than their understanding of winner-take-all elections in plurality cities (22% vs. 12%). They also found a strong majority of voters want to keep their RCV system, perhaps in part because they experienced more civil campaigning and more direct engagement with candidates than in non-RCV cities.

Jennifer Pae: As a daughter of immigrants, I’m shocked to see that Governor Brown would assume RCV is “overly complicated and confusing” when our current election system has been a challenge for many voters, particularly from underrepresented communities, and require significant improvements to achieve full participation. RCV gives voters an opportunity to rank their candidates, just like we rank our preferences on a daily basis. We should continuously engage and educate voters, whether it’s with RCV or not, as our country and state continues to become increasingly diverse. SB 1288 addresses the need for voter education and we are proud to have the support of Asian Americans Advancing Justice which sees this issue on a daily basis.

We are incredibly thankful for the leadership of Senator Mark Leno, Senator Ben Allen, Senator Loni Hancock, and Assemblymember David Chiu for carrying the bill forward to passage. We are also proud of the support from the entire Bay Area delegation: Asm. Tony Thurmond, Asm. Rob Bonta, Asm. Phil Ting, and Senator Bob Wieckowski. They have a deep understanding of how their constituents have benefited from RCV and why this option should be available to all Californians.

While this news is certainly a setback, we are encouraged by the progress for fairer local elections shown by the bill making it this far. SB 1288 earned the votes of 74 of 120 California legislators and the backing of a range of groups, including the League of California Cities and the League of Women Voters of California. A special thank you to California Common Cause and Californians for Electoral Reform for sponsoring the bill and building bipartisan support.

Along with the bill’s many supporters, we will continue to raise awareness about ranked choice voting, including in the 121 charter cities that have the option to join Berkeley, Oakland, San Francisco, and San Leandro in using it. For the 361 general law cities and counties in California, which are unable to adopt RCV, we hope to continue the conversation to enhance voter participation and simplify the voting process to make elections more fair and representative.

Election Reform in the UK

May 2015, as the British election produces calls to change its system, the first-past-the-post/winner-take-all system.

This electoral system, brought to the US from the British Empire, is feeling 'its age' -- and

Why Is Election Reform Needed in the US?

Modern American politics, in particular the electoral college system has been described as duopolistic since the Republican and Democratic parties have dominated and framed policy debate as well as the public discourse on matters of national concern for about a century and a half. Third Parties have encountered various blocks in getting onto ballots at different levels of government as well as other electoral obstacles, more so in recent decades. 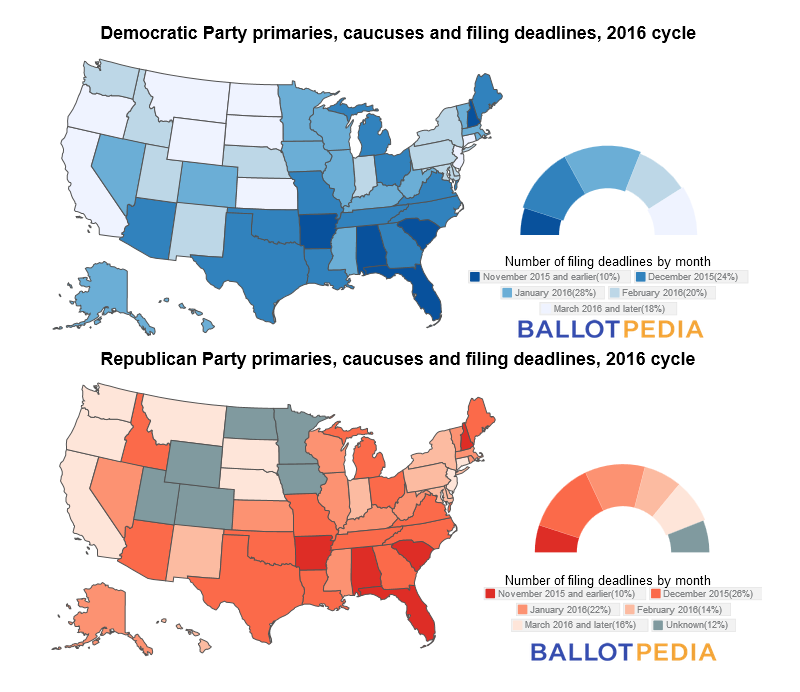