Improved Quantification of the Rate of Ocean Warming

The increased concentrations of greenhouse gases in the atmosphere create an increase in Earth’s thermal energy, which is mainly stored in the ocean. Quantification of the rate of increase in ocean heat content (OHC) is vital for understanding the current and future climate of Earth. Linear trend lines have been frequently used to quantify long-term rates of change, but are inappropriate because they cannot capture nonlinearity in trends, have large start- and end-point sensitivity, and the assumption of linearity is nonphysical. Here observed and model-based linear regressions with higher-order polynomial (quadratic), piecewise linear, and locally weighted scatterplot smoothing (LOWESS) are compared. Piecewise linear and LOWESS perform best in depicting multidecadal trends. It is shown that linear rates are valid for up to about 15-yr segments (i.e., it is valid to compute linear rates within a 15-yr time window). Using the recommended methods, ocean warming for the upper 2000 m increases from about 0 to 0.06 ± 0.08 W m−2 for 1958–73 to 0.58 ± 0.08 W m−2 for 2003–18, indicating an acceleration of ocean warming that happens in all four ocean basins and from near the sea surface to 2000 m. There is consistency between multimodel-mean historically forced climate models and observations, which implies that the contribution of internal variability is small for global 0–2000 m OHC. Notable increases of OHC in the upper ocean (i.e., 0–300 m) after about 1980 and the deeper ocean (300–2000 m) after the late 1980s are also evident. This study suggests alternative methods to those currently used to estimate ocean warming rates to provide a more accurate quantification of long-term Earth’s energy changes.

Quantifying long-term rates of change is needed to understand the time evolution of ocean warming and to assess the changing ocean and Earth’s energy budgets. Linear trend lines have been frequently used but cannot capture nonlinearity in trends, and have large start- and end-point sensitivity. Based on an analysis of the statistical features of ocean heat content time series, this study proposes two alternative methods to quantify the rates of change, including piecewise linear fit and LOWESS. Robust increases in warming for the upper 2000 m detected through observational records and climate models from 1958 to 2020, indicate a robust acceleration of ocean warming. Slow penetration of heat from the upper ocean into the deeper ocean is also evident.

Abstract-Significance Statement made available via Fair Use

Report for a Sustainable Ocean Economy

Ocean Solutions that Benefit People, Nature and the Economy

The raw numbers are sobering: ocean waters have absorbed 93 percent of the excess heat caused by greenhouse gas [GHG] emissions and sea surface temperatures have increased by 0.7°C since 1900. New analysis confirms that 2019 was the warmest year on record for ocean temperature, and saw the largest single-year increase of the decade. The 12 years with lowest Arctic sea ice extent all happened in the past dozen years140, and 2017 marked the lowest Antarctic sea ice extent on record.

Science on the Seas (SOS) 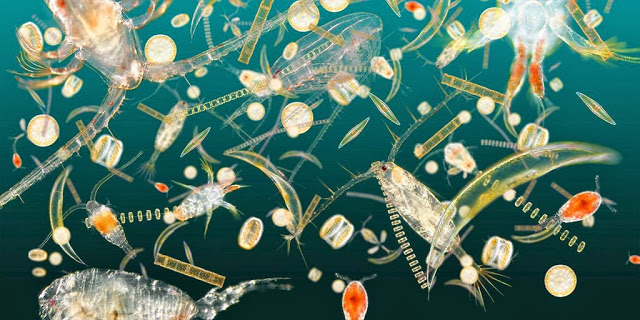 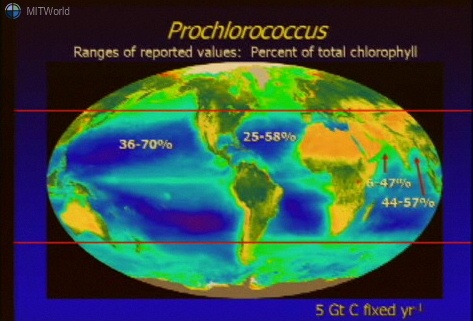 'Ginormous' Disaster in the Making

Microplastics have entered the food chain in rivers, with birds found to be consuming hundreds of particles a day via the aquatic insects on which they feed.

Microplastic pollution has contaminated the whole planet, from Arctic snow and mountain soils to many rivers and the deepest oceans. It is also being consumed and inhaled by people, and the health impacts are as yet unknown.

Research published in the last month in the Journal of 'Environmental Pollution' has found microplastics in greater quantities than ever before on the seabed and suggested that hundreds of thousands of tonnes of microplastics could be blowing ashore on the ocean breeze every year...

The Rise of the Jellyfish

Invasion across the oceans of the world

Rise of the Jellyfish (Video)

After roaming the oceans for more than a half billion years, jellyfish may finally be poised to overtake Earth's largest bodies of water. A combination of pollution and warming is fostering a perfect environment for the alien-looking creatures to rule the seas.

Thousands of species fall under the jellyfish umbrella, similar only in their basic body composition and tendency in undergoing sudden population booms. Some scientists use the term “gelatinous zooplankton”... Jellyfish may finally be poised to overtake Earth's largest bodies of water.

'Jellymageddon': Can we stop the rise of the jellyfish?

A grand challenge for ocean chemists in the years ahead lies in the need to tackle the chemical consequences of ocean warming with the same rigor and intensity that has been brought to bear on the physical chemistry of ocean acidification...

The ocean absorbs some 93% of all greenhouse gas‐generated heat, and ocean warming is already creating observable impacts on marine life. To make reliable projections for the future, we cannot rely on Ptolemy‐like rules, built as something to match field observations, to apply in the years to come. Instead, we will need to apply the laws of chemical physics to calculate and predict the changes that ocean warming will have on the physical properties of sea water and the associated impacts on marine life. This includes treating water as a fluid with defined temperature‐and pressure‐dependent chemical structures.

Sea water is 96.5% water, and some 78–85% of water in the oceans has a form with a much higher molecular weight than the water molecule that typically comes to mind, with a single oxygen and two hydrogens. These varied structures are now directly relatable to the high heat capacity of water, why the speed of sound is faster in warmer water, and the viscosity of sea water that provides constraints on microbial motion. Microbial activity is a key driver to the amount of oxygen in different parts of the ocean, and if their activity is affected by increased warmth, it seems quite possible that large regions may exist with no oxygen at all. Marine life responds strongly to changing oxygen status. This is because both warmer waters can hold less oxygen, and because warming drives higher rates of microbial growth.

Marine fisheries, and the great majority of all marine species, are already responding to these forces and are migrating toward cooler waters near the poles. Using known laws of science to connect chemistry, physics, and ocean warming would allow the ocean sciences to proceed on firmer footing and to improve future projections of the impact of ocean warming. The ocean is now experiencing the twinned invasions of heat and fossil fuel carbon dioxide that drive up its acid level. It is the combined impact of these two great waves, both resulting from our use of fossil fuels, that will be critical...

Seaweed, not just seaweed but a 'Sea of Seaweed'

Floating mats of Sargassum seaweed in the center of the North Atlantic were first reported by Christopher Columbus in the 15th century. These mats, although abundant, have until recently been limited and discontinuous. However, Wang et al. report that, since 2011, the mats have increased in density and aerial extent to generate a 8850-kilometer-long belt that extends from West Africa to the Caribbean Sea and Gulf of Mexico. This represents the world's largest macroalgal bloom. Such recurrent blooms may become the new normal.

Millions of tonnes of floating Sargassum seaweed in coastal waters smother fragile seagrass habitats, suffocate coral reefs and harm fisheries. And once washed ashore on Mexican and Caribbean beaches, this foul-smelling, rotting seaweed goes on to devastate the tourist industry, prevent turtles from nesting and damage coastal ecosystems, while releasing hydrogen sulphide and other toxic gases as it decomposes.

Seaweed blooms are exacerbated by fertilisers washing into the ocean, as well as by warming sea temperatures. “Sargassum blooms on the Atlantic gyre [tidal current] have got much worse in recent years partly due to increasing intensive agriculture discharging fertiliser into the sea via rivers such as the Mississippi and Amazon,” says Prof Mike Allen, of the University of Exeter and Plymouth Marine Laboratory. “Fertiliser makes the seaweed grow faster and this influx of biomass just shouldn’t be there in that abundance – it’s out of control.”

Sargassum: The biggest seaweed bloom in the world

How Satellites and Big Data Can Help to Save the Oceans

Will the new availability of sophisticated, satellite-based technologies, coupled with the democratization of online data about the health of our environment, help ensure that these positive advancements live up to their potential to protect the oceans?

"What percentage of the Earth is covered by oceans?"'

More than Meets the Eye

~ from "The World Is Blue: How Our Fate and the Ocean’s Are One" by Sylvia Earle 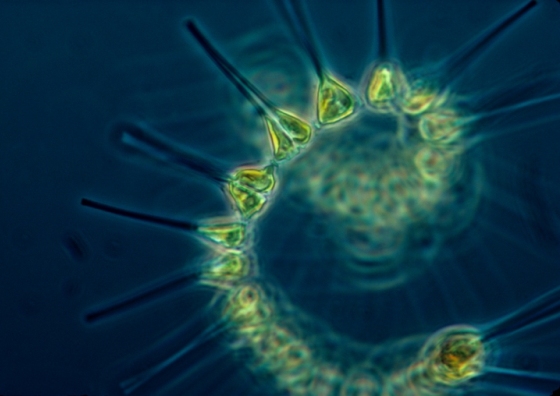 Seventy percent of the Earth's surface is ocean and here, in myriad life forms, "tiny blue-green" organisms are essential to preserving life on the planet.

Join in Planet Scientists, do some difference-making Citizen Science 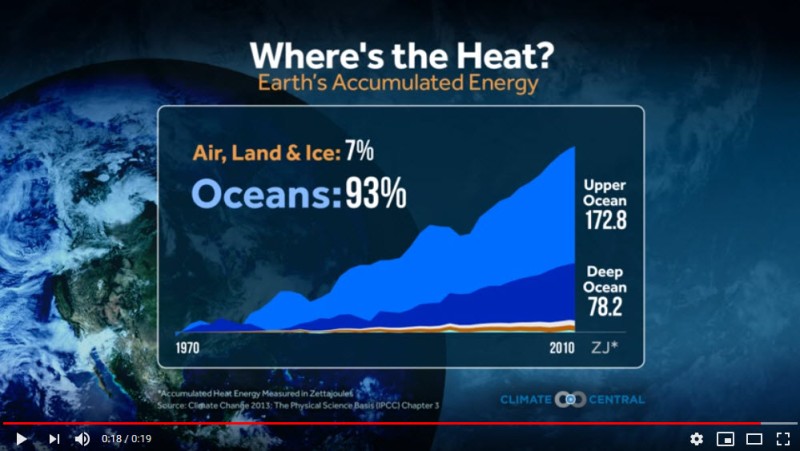 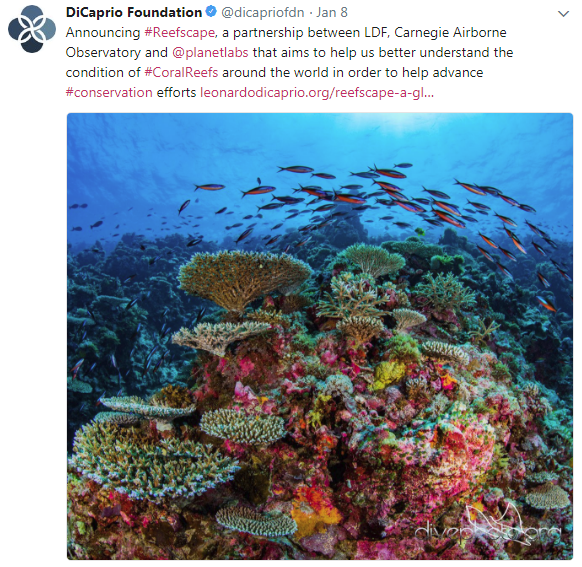 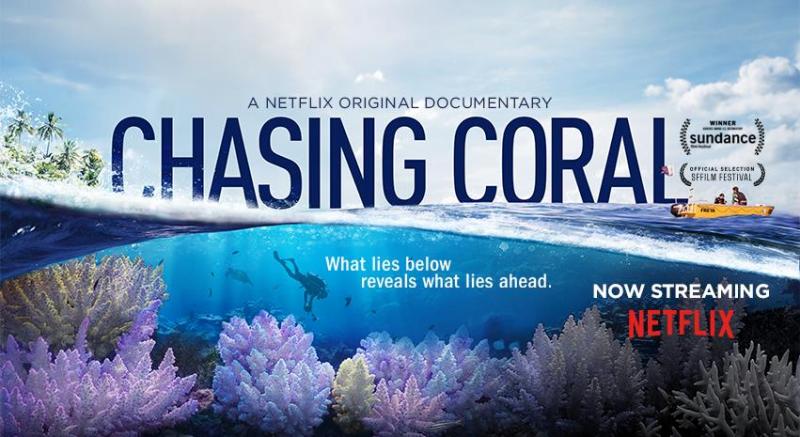 Coral reefs in peril as ocean environment is transformed

This category has the following 20 subcategories, out of 20 total.

The following 93 pages are in this category, out of 93 total.