"We are on perilous ground"

The annual Emissions Gap Report, which compares where greenhouse gas emissions are heading, versus where they need to be, shows that emissions need to fall by 7.6 per cent each year over the next decade, if the world is to get back on track towards the goal of limiting temperature rises to close to 1.5 degrees Celsius.

Only 2 countries are meeting their climate pledges

Six milestones—in energy, transport, land use, industry, infrastructure, and finance—that would need to be met by 2020 to bend the curve in global greenhouse gas emissions and put the world on a pathway consistent with the 2015 international climate Agreement. 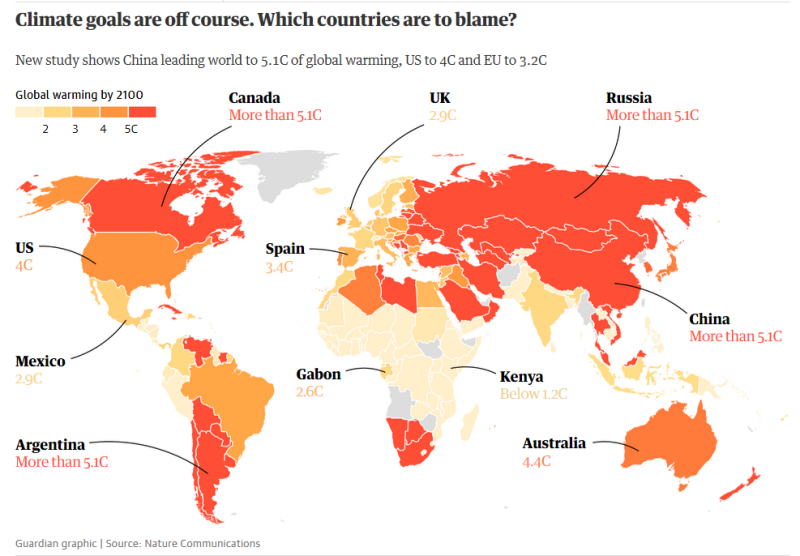 CO₂ and other Greenhouse Gas Emissions / Via Our World in Data

Time to Move to Specific Goals and Action Agendas, Nation-by-Nation, Cooperatively and Powerfully 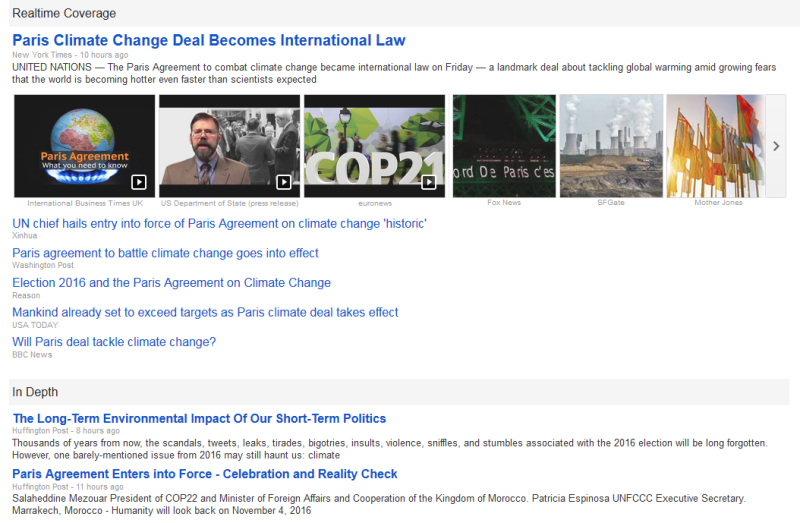 July 2017: US Administration Steps Away from #ParisAgreement, G-19/EU Pledges with International Community to Move Forward 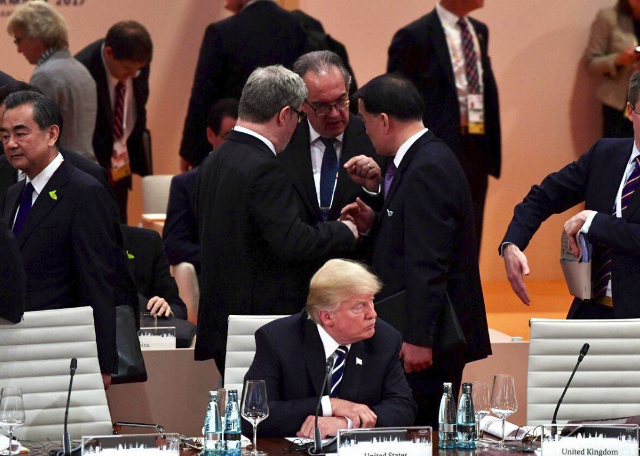 On the Trump Exit from the Global Climate Agreement

The US will be judged, this day will be long remembered.

Trump just betrayed the world. Now the world will fight back

Brown: The Rest of the World Is Against Trump / Governor Brown Statement on White House Paris Climate Agreement Announcement

The most comprehensive international agreement ever to combat man-made climate change will take effect in November, less than a year after negotiators from more than 190 countries reached international accord.

Since the Paris Climate Pact

195 countries signed onto the new international climate agreement at COP21 in Paris.

Does that mean the Agreement is now in effect?

No, countries still need to take steps so that it takes effect. What occurred on December 12 at COP21 was the “adoption” of the Paris Agreement by the Conference of the Parties (COP) to the UN Framework Convention on Climate Change (UNFCCC). Adoption is the formal act that establishes the form and content of an agreement.

In addition to adopting the Paris Agreement, the Parties made a number of key decisions about what’s necessary for the Agreement to enter into force. They also agreed on a process for how countries will finalize their current national climate plans and shift from being Intended Nationally Determined Contributions (INDCs) into Nationally Determined Contributions (NDCs).

Countries must now actually join the Paris Agreement and become Parties to it. To do this, each country must now sign and indicate their consent to be bound by the Agreement.

After at least 55 Parties to the UNFCCC representing at least 55 percent of total global greenhouse gases sign on and indicate their consent to be bound will the Agreement “enter into force,” meaning it will come into effect and be legally binding.

After entry into force, the first meeting of the Parties to the Paris Agreement will be held. This will be an important time to adopt many of the more detailed rules and procedures necessary to make the Agreement effective.

What’s the timeline for countries to ratify the Agreement?

On April 22, 2016, all Heads of State can sign the Agreement at a high-level signing ceremony at the United Nations in New York.

The Agreement will then be open for signature for one year, until April 21, 2017.

Most countries will sign the Agreement “subject to ratification, acceptance and approval,” making their signature conditional on obtaining the required domestic approval for joining the Agreement. In some cases, they will also enact any national legislation necessary to implement the Agreement. For example, in Australia, the only requirement is formal notification and introduction of the Agreement in Parliament, whereas in Mexico, the consent of the Senate is also required. In the United States, many international agreements are joined as “executive agreements” based on presidential authority.

Friends of GreenPolicy360 -- Reporting on the International Plans

Paris tracker: Who pledged what for 2015 UN climate pact?

Comprehensive overview of submitted INDCs with quantification where possible.

In cooperation with the PRIMAP group at Potsdam Institute for Climate Impact Research.

Via the Center for Climate and Energy Solutions 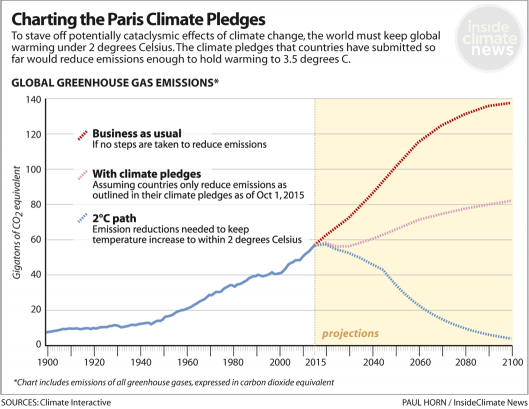 Countries across the globe committed to create a new international climate agreement by the conclusion of the U.N. Framework Convention on Climate Change (UNFCCC) Conference of the Parties (COP21) in Paris in December 2015. In preparation, countries have agreed to publicly outline what post-2020 climate actions they intend to take under a new international agreement, known as their Intended Nationally Determined Contributions (INDCs). The INDCs will largely determine whether the world achieves an ambitious 2015 agreement and is put on a path toward a low-carbon, climate-resilient future.

How does the INDC process work?

The process for INDCs pairs national policy-setting — in which countries determine their contributions in the context of their national priorities, circumstances and capabilities — with a global framework that drives collective action toward a low-carbon, climate-resilient future.

The INDCs can create a constructive feedback loop between national and international decision-making on climate change.

INDCs are the primary means for governments to communicate internationally the steps they will take to address climate change in their own countries. INDCs will reflect each country’s ambition for reducing emissions, taking into account its domestic circumstances and capabilities. Some countries may also address how they’ll adapt to climate change impacts, and what support they need from, or will provide to, other countries to adopt low-carbon pathways and to build climate resilience.

Update: As of October 8th, 2015, 121 countries have submitted their climate goal plans

As of September 28, 2015, two days before Oct 1st goal for INDC submissions to the Conference/UNFCCC, 88 countries have submitted climate INDC plans, with 108 countries yet to submit and 63 days in which to do so... 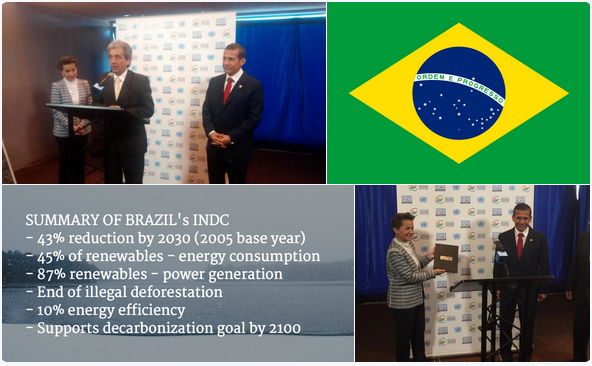