Mobile on the Internet/World Wide Web

The origins of the Internet date back to the development of packet switching and research commissioned by the United States Department of Defense in the 1960s to enable time-sharing of computers. The primary precursor network, the ARPANET, initially served as a backbone for interconnection of regional academic and military networks in the 1970s. The funding of the National Science Foundation Network as a new backbone in the 1980s, as well as private funding for other commercial extensions, led to worldwide participation in the development of new networking technologies, and the merger of many networks. The linking of commercial networks and enterprises by the early 1990s marked the beginning of the transition to the modern Internet, and generated a sustained exponential growth as generations of institutional, personal, and mobile computers were connected to the network. Although the Internet was widely used by academia in the 1980s, commercialization incorporated its services and technologies into virtually every aspect of modern life.

The terms Internet and World Wide Web are often used interchangeably; it is common to speak of "going on the Internet" when using a web browser to view web pages. However, the World Wide Web or the Web is only one of a large number of Internet services, a collection of documents (web pages) and other web resources, linked by hyperlinks and URLs.

There are 2 billion people around the world using smartphones that have an internet connection and a touchscreen or something similar as an interface. By the end of the decade that number looks set to double to just over 4 billion, according to Benedict Evans of Andreessen Horowitz. Already hugely attractive—an estimated 500m will be sold in China this year—smartphones are getting both more useful at the top end and much cheaper at the bottom....

Once phones are established in a market the expectation that everyone will have one—what Rich Ling of the Nanyang Technological University in Singapore calls the “mobile logic”—forces them even into initially reluctant hands, making them end up ubiquitous.... From 2009 to 2013 the mobile industry invested $1.8 trillion on improving its infrastructure around the world, according to the Boston Consulting Group. Download speeds have increased by a factor of 12,000 and data rates have dropped to a few cents per megabyte....

By 2020, something like 80% of adults will own a smartphone connected to this remarkable global resource. If they are anything like today’s Europeans and Americans, who are leading in these matters, they will use them for about two hours a day; if they are like today’s European and American teenagers they will use them more than that.... Thanks mostly to the iPhone, Apple—not so long ago a maker of niche desktops and laptops—is now worth more than any other company in the world and just had the most profitable quarter in history....

The smartphone has become information technology’s key product. It generates the most profits; it attracts the most capital.... As well as letting people do ever more on their phones, apps let them do ever more things off their phones, too. If something can be connected to the internet—be it a door or a fridge or a thermostat—it can be accessed by an app. The phone is thus central to the success of the “internet of things”. Wearable technology products—fitness trackers, smart watches, clip-on cameras and the like—will mostly work through the wearer’s phone in a similar way.... The new businesses that smartphones and apps allow are not merely extending the internet; they are also reshaping it....

When people access the internet with apps on a phone, rather than with a browser on a PC, they experience it differently. The internet looks a lot less like a set of connected pages, and that makes a business that depends on helping people find the page they want—and seeing ads in the process—look less compelling. Smartphone users mostly buy things through apps, not through searches or ads.... people are now finding stuff they want to read or watch through Facebook, Twitter and, increasingly, messaging services.... Recent political protests have taken advantage of the new fluidity. Smartphones have not caused uprisings or revolutions, but they have affected their dynamics.... sense of place has still mattered a lot to these movements—witness Kiev’s Maidan, Cairo’s Tahrir Square, New York’s Zuccotti Park, Hong Kong’s Civic Square.... Phone-based social media, messaging services and other apps already make people’s lives more public.... [via the Economist]

Quarter of World will Use Smartphone by 2016

Today, just about everything that once required a small, dedicated electronic device —

from cameras to portable game consoles to GPS navigators to music players to too many others to name — works 'better as an app' on a phone.

Mobile is eating the world -- Report from Andreessen Horowitz

Where do the mobile numbers come from? 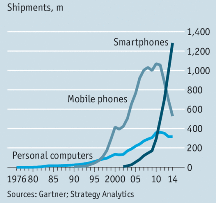 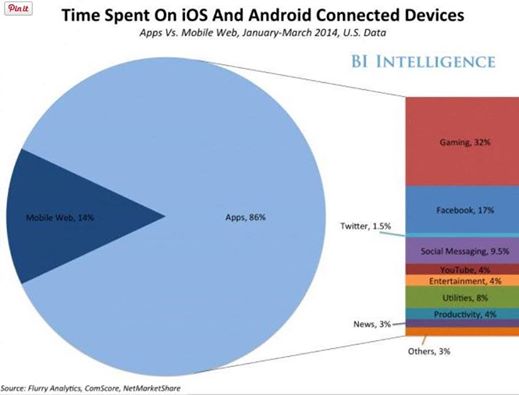 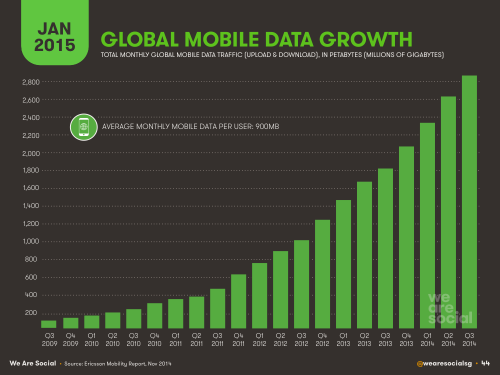 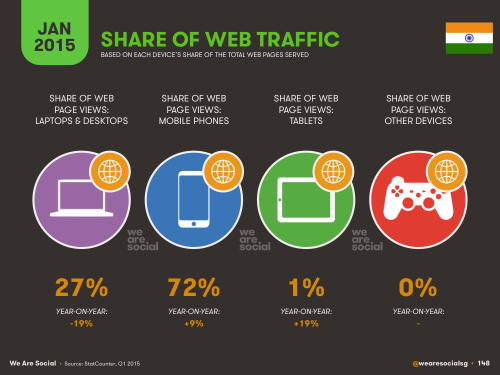 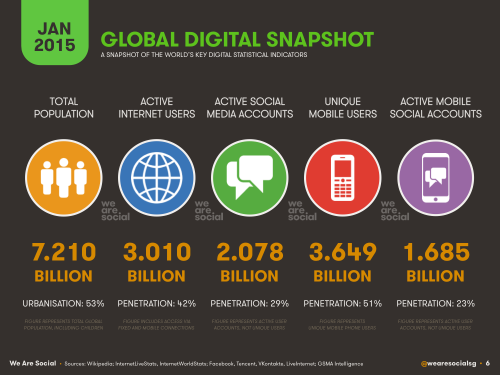 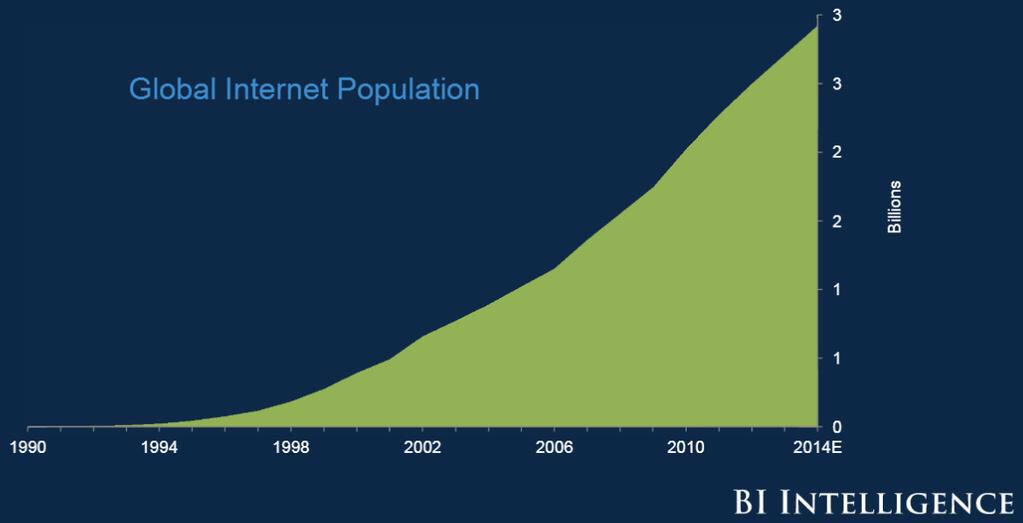 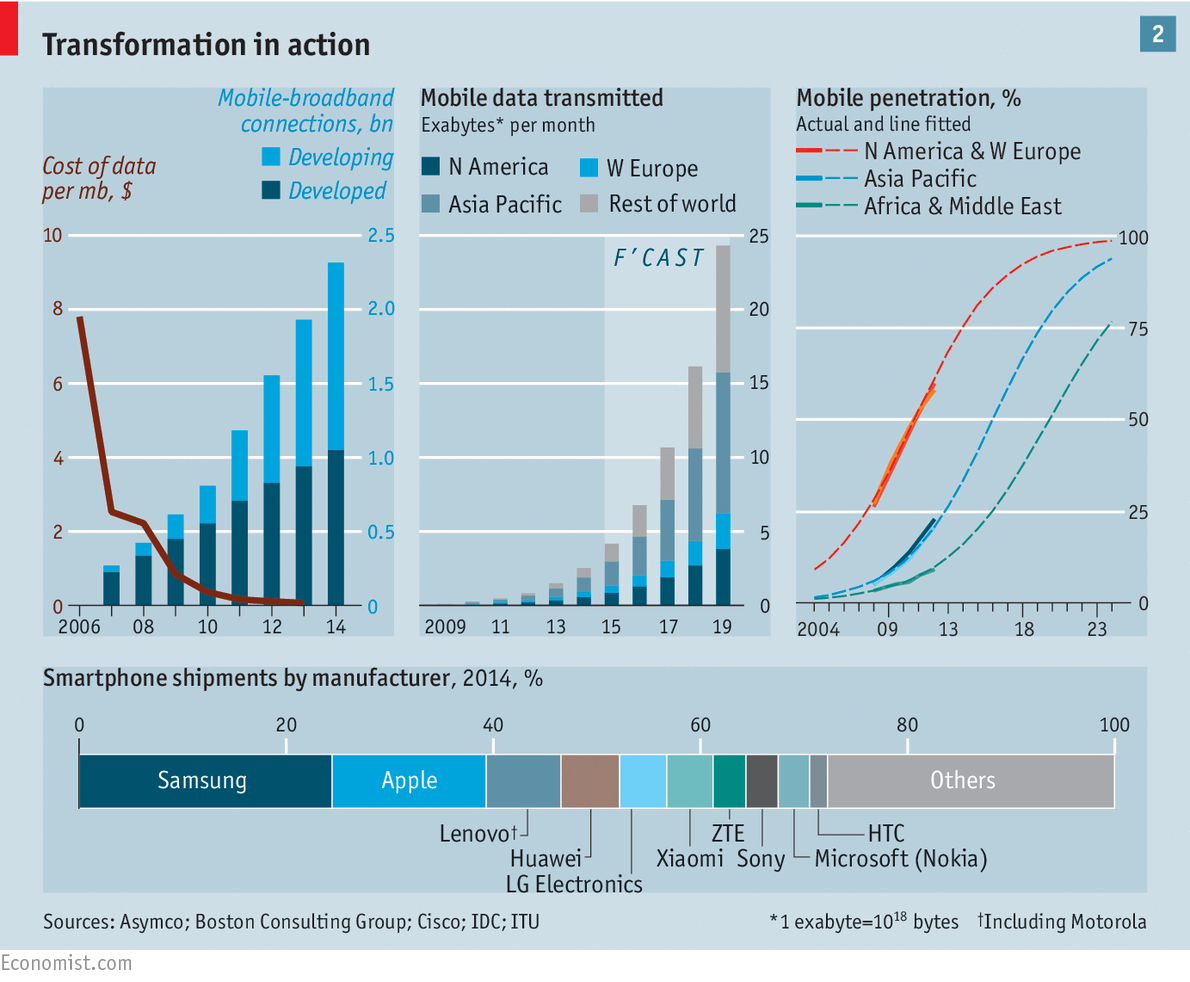