Fukushima-Tokyo was on brink of nuclear catastrophe 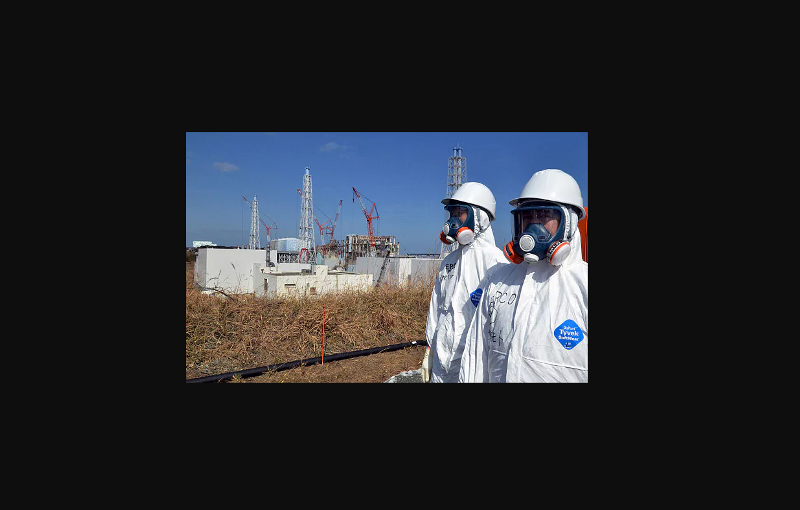 Decommissioning the Fukushima reactors will cost 8 trillion yen ($72 billion), according to an estimate in December from the Japan Ministry of Economy, Trade and Industry.

Removing the nuclear fuel waste from the destroyed reactors may take as long as 40 years.

● Inside Fukushima Video (as Robots 'Die')

"Future existence of Japan as a whole was at stake..."

Story via The Telegraph, UK | By Andrew Gilligan, Tokyo

Japan's prime minister at the time of the 2011 earthquake and tsunami has revealed that the country came within a “paper-thin margin” of a nuclear disaster requiring the evacuation of 50 million people.

In an interview with The Telegraph to mark the fifth anniversary of the tragedy, Naoto Kan described the panic and disarray at the highest levels of the Japanese government as it fought to control multiple meltdowns at the crippled Fukushima Daiichi nuclear power station.

He said he considered evacuating the capital, Tokyo, along with all other areas within 160 miles of the plant, and declaring martial law. “The future existence of Japan as a whole was at stake,” he said. “Something on that scale, an evacuation of 50 million, it would have been like a losing a huge war.”

Mr. Kan admitted he was frightened and said he got “no clear information” out of Tepco, the plant’s operator. He was “very shocked” by the performance of Nobuaki Terasaka, his own government’s key nuclear safety adviser. “We questioned him and he was unable to give clear responses,” he said.

“We asked him – do you know anything about nuclear issues? And he said no, I majored in economics.”

Mr. Terasaka, the director of the Nuclear and Industrial Safety Agency, was later sacked. Another member of Mr Kan’s crisis working group, the then Tepco chairman, Tsunehisa Katsumata, was last week indicted on charges of criminal negligence for his role in the disaster.

The 9.0 magnitude quake, the largest ever recorded in Japan, triggered a gigantic tsunami which broke through the plant’s flood defences, cutting off power to its control room and the coolant systems of its nuclear reactors.

Deprived of cooling, radioactive fuel, in three of the plant’s six reactors melted down. Explosive hydrogen gas built up, blowing holes in the reactor containment building and allowing radioactivity to escape.

“When we got the report that power had been cut and the coolant had stopped working, that sent a shiver down my spine,” Mr Kan said. “From March 11, when the incident happened, until the 15th, the effects [of radioactive contamination] were expanding geographically.

"From the 16th to the 20th we were able to halt the spread of radiation but the margin left for us was paper-thin. If the [fuel rods] had burnt through [in] all six reactors, that would definitely have affected Tokyo.

“From a very early stage I had a very high concern for Tokyo. I was forming ideas for a Tokyo evacuation plan in my head. In the 1923 earthquake the government ordered martial law – I did think of the possibility of having to set up such emergency law if it really came down to it.

“We were only able to avert a 250-kilometre (160-mile) evacuation zone [around the plant] by a wafer-thin margin, thanks to the efforts of people who risked their lives. Next time, we might not be so lucky.” 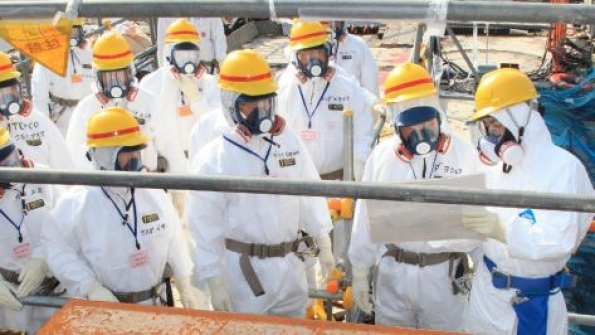 Dramatic CCTV footage from the plant, released in 2012, showed a skeleton staff – the so-called “Fukushima 50” - struggling to read emergency manuals by torchlight and battling with contradictory, confusing instructions from their superiors at Tepco. At one stage, an appeal went out for workers to bring batteries from their cars so they could be hooked up to provide power for the crippled cooling systems.

Total disaster was averted when seawater was pumped into the reactors, but the plant manager, Masao Yoshida, later said he considered committing hara-kiri, ritual suicide, in despair at the situation. 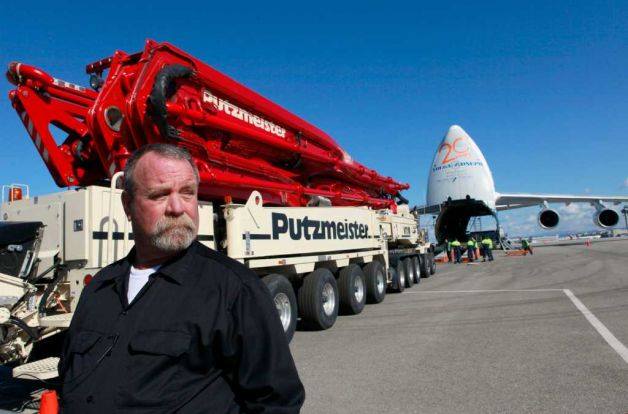 Mr. Kan said he had to retreat to an inner room after the atmosphere in the government’s crisis management centre became “very noisy”.

He said: “There was so little precise information coming in. It was very difficult to make clear judgments. I don’t consider myself a nuclear expert, but I did study physics at university.

"I knew that even based on what little we were hearing, there was a real possibility this could be bigger than Chernobyl. That was a terrible disaster, but there was only one reactor there. There were six here.”

Although the Fukushima disaster caused no immediate deaths from radiation, it did force the evacuation of almost 400,000 people, most of whom have still been unable to return to their homes. Hundreds of thousands more fled in panic and much of Fukushima province ceased functioning.

An area within 20km (12.5 miles) of the plant remains an exclusion zone, with no-one allowed to live there. Some studies have identified a higher incidence of child cancer in the wider region.

Mr. Kan said that the nuclear accident is “still going on” today. He said: “In reactors 2 and 3, the radioactive fuel rods are still there and small amounts of [radioactive] water are leaking out of the reactor every day, despite what Tepco says.”

He said the experience had turned him from a supporter of nuclear power into a convinced opponent. “I have changed my views 180 degrees. You have to look at the balance between the risks and the benefits,” he said. “One reactor meltdown could destroy the whole plant and, however unlikely, that is too great a risk.”

Mr. Kan lost the prime ministership later in 2011 amid strong criticism of his handling of the crisis. A parliamentary investigation accused him of distracting emergency workers by making a personal visit to the plant, withholding information, and misunderstanding a request by Tepco to pull out some staff as a demand to withdraw them all.

However, another independent inquiry said his action in ordering the “Fukushima 50” to stay at their posts was vital. “I went to the Tepco offices and demanded they not evacuate. To this day I am criticised for that, but I believed then and I still believe now that I did the right thing and that that was a decisive moment in the crisis,” he told The Telegraph.

He admitted “regret” at his decision not to publish results from a computer system called Speedi, System for Prediction of Environmental Emergency Dose Information, which accurately forecast the spread of radioactivity around the plant and could have saved thousands of local residents from exposure.

“As a result, some areas were exposed to high levels of radiation,” he said.

He criticised his successor as prime minister, Shinzo Abe, for restarting some of the country’s nuclear power stations, all of which were shut down after the crisis, saying that Japan had “not learned the lessons enough” and was “closing its eyes” to the risk of a second disaster. He has joined protest demonstrations against the plant reopenings.

“There is a clear conflict between government policy and the wishes of the public,” he said. “Additional protective measures against tsunamis have been taken, such as raising the protective walls, but I don’t think they go far enough. We shouldn’t be building nuclear power plants in areas where there is a population to be affected. After the tsunami, Japan went without nuclear power for years, so it can be done.”

The former leader said that “a lot of the accident was caused before March 11” by the complacency and misjudgment of Tepco, a verdict echoed by the official inquiry, which dubbed the nuclear accident a “man-made disaster”.

The criminal investigation which led to last week’s charges against Mr Katsumata and two other Tepco managers found that they had known since June 2009 that the plant was vulnerable to a tsunami but had “failed to take pre-emptive measures [despite] knowing the risk". 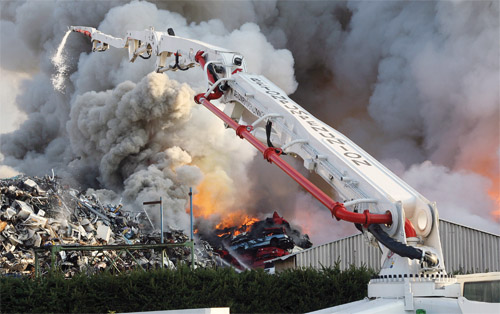 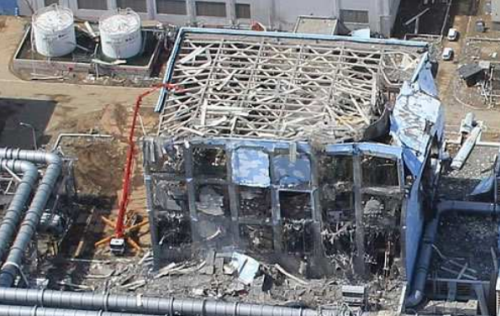