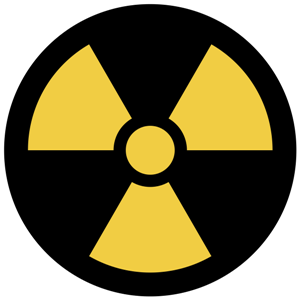 Worldwide there have been 99 accidents at nuclear power plants (as of 2015). Fifty-seven accidents have occurred since the Chernobyl disaster, and 57% (56 out of 99) of all nuclear-related accidents have occurred in the USA. Serious nuclear power plant accidents include the Fukushima Daiichi nuclear disaster (2011), Chernobyl disaster (1986), Three Mile Island accident (1979), and the SL-1 accident (1961).

The proverbial 'poison pill' in the nuclear fuel cycle is radioactive waste.

Spent nuclear fuel is the radioactive by-product of electricity generation at commercial nuclear power plants, and high-level radioactive waste is the by-product from reprocessing spent fuel to produce fissile material for US (and other nation's) nuclear weapons.

Multiple issues and serious environmental problems involved with the production of nuclear power and weapons have been a long-standing concern of the environmental and anti-nuclear movement, e.g., https://en.wikipedia.org/wiki/Anti-nuclear_movement_in_the_United_States

Via Wikipedia / Nuclear opposition groups in the U.S. include:

The European Green parties during the Cold War led political opposition to forward-based atomic weapons and as the global Green party movement has grown to Green parties in approximately 100 countries, so have Green platforms taken detailed positions in opposition to the environmental/human/planetary risks of nuclear weapons and potential destruction and consequences of nuclear weapons use.

The following 6 pages are in this category, out of 6 total.

The following 59 files are in this category, out of 59 total.