THE STANDARD MODEL OF PARTICLE PHYSICS: THE ABSOLUTELY AMAZING THEORY OF ALMOST EVERYTHING 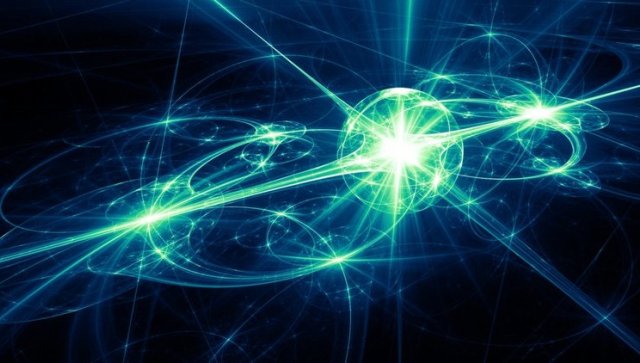 The Standard Model. What dull name for the most accurate scientific theory known to human beings.

More than a quarter of the Nobel Prizes in physics of the last century are direct inputs to or direct results of the Standard Model. Yet its name suggests that if you can afford a few extra dollars a month you should buy the upgrade. As a theoretical physicist, I’d prefer The Absolutely Amazing Theory of Almost Everything. That’s what the Standard Model really is.

Many recall the excitement among scientists and media over the 2012 discovery of the Higgs boson. But that much-ballyhooed event didn’t come out of the blue – it capped a five-decade undefeated streak for the Standard Model. Every fundamental force but gravity is included in it. Every attempt to overturn it to demonstrate in the laboratory that it must be substantially reworked – and there have been many over the past 50 years – has failed.

In short, the Standard Model answers this question: What is everything made of, and how does it hold together?

There Are No Laws of Physics. There’s Only the Landscape

Scientists seek a single description of reality. But modern physics allows for many different descriptions, many equivalent to one another, connected through a vast landscape of mathematical possibility.

The current Standard Model of particle physics is indeed a tightly constructed mechanism with only a handful of ingredients. Yet instead of being unique, the universe seems to be one of an infinitude of possible worlds. We have no clue why this particular combination of particles and forces underlies nature’s structure. Why are there six “flavors” of quarks, three “generations” of neutrinos, and one Higgs particle? Furthermore, the Standard Model comes with 19 constants of nature — numbers like the mass and charge of the electron — that have to be measured in experiments. The values of these “free parameters” seem to be without any deeper meaning. On the one hand, particle physics is a wonder of elegance; on the other hand, it is a just-so story.

If our world is but one of many, how do we deal with the alternatives? The current point of view can be seen as the polar opposite of Einstein’s dream of a unique cosmos. Modern physicists embrace the vast space of possibilities and try to understand its overarching logic and interconnectedness. From gold diggers they have turned into geographers and geologists, mapping the landscape in detail and studying the forces that have shaped it.

The game changer that led to this switch of perspective has been string theory. At this moment it is the only viable candidate for a theory of nature able to describe all particles and forces, including gravity, while obeying the strict logical rules of quantum mechanics and relativity. The good news is that string theory has no free parameters. It has no dials that can be turned. It doesn’t make sense to ask which string theory describes our universe, because there is only one. The absence of any additional features leads to a radical consequence. All numbers in nature should be determined by physics itself. They are no “constants of nature,” only variables that are fixed by equations (perhaps intractably complicated ones)...

Why is this all so exciting for physics? First of all, the conclusion that many, if not all, models are part of one huge interconnected space is among the most astonishing results of modern quantum physics. It is a change of perspective worthy of the term “paradigm shift.” It tells us that instead of exploring an archipelago of individual islands, we have discovered one massive continent. In some sense, by studying one model deeply enough, we can study them all. We can explore how these models are related, illuminating their common structures. It is important to stress that this phenomenon is largely independent of the question of whether string theory describes the real world or not. It is an intrinsic property of quantum physics that is here to stay, whatever the future “theory of everything” will turn out to be.

A more dramatic conclusion is that all traditional descriptions of fundamental physics have to be thrown out. Particles, fields, forces, symmetries — they are all just artifacts of a simple existence at the outposts in this vast landscape of impenetrable complexity. Thinking of physics in terms of elementary building blocks appears to be wrong, or at least of limited reach. Perhaps there is a radical new framework uniting the fundamental laws of nature that disregards all the familiar concepts. The mathematical intricacies and consistencies of string theory are a strong motivation for this dramatic point of view. But we have to be honest. Very few current ideas about what replaces particles and fields are “crazy enough to be true,” to quote Niels Bohr. Like Alice and Bob, physics is ready to throw out the old recipes and embrace a modern fusion cuisine.