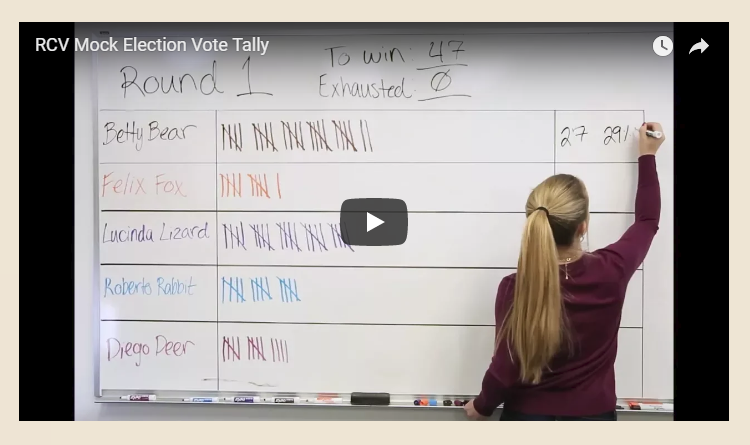 Tired of Fighting About Third Parties?

We should put in place a more representative system

By Rob Richie and David Daley

The time for change is now.

While the Democratic Party has lined up behind Joe Biden as the presumptive nominee to take on President Trump in November, the presidential field may not yet be entirely set. A prominent conservative is making new rumblings about shaking up the general election with a third-party bid.

Independent Michigan Rep. Justin Amash, a former Republican and an outspoken Trump critic, said on Twitter last week that he is “looking closely” at a run.

“Americans who believe in limited government deserve another option,” Amash wrote, kick starting speculation that Libertarian Party might nominate him at its convention next month.

It may seem like an unexpected twist: A high-profile third party candidate with the potential to draw votes from Democrats, Republicans and independents, and remake the race in different ways across numerous states.

But sooner than you could say “Ross Perot” or “Ralph Nader,” Amash’s flirtation restarted an all-too familiar, if frustrating, debate about third parties. Media outlets from Fox News to Haaretz to the Hill raised alarm about “spoiler candidates” and “wasted votes” while speculating about who’d be helped and who’d be hurt. Would Amash drain Republican votes from Trump? Would his stance on decriminalizing marijuana appeal to young voters? Would he tip his home state of Michigan’s crucial Electoral College votes toward the president, by providing disaffected Republicans with another option?

This political chatter might fuel cable-news panels from now until November, but the truth is that no one really knows. What’s baffling is that the major parties cede control of their electoral destiny to minor parties and independents who certainly have every right to run for office, yet under current election laws can change outcomes, either wittingly or unwittingly.

Both Republicans and Democrats could stop complaining and fix this once and for all: Change the law and let voters truly decide. This repetitive “Groundhog’s Day” argument could be settled if we adopted ranked choice voting (RCV), and reinforced the foundational American notion of “majority rule.”

This isn’t a theoretical option. For the first time this fall, voters in Maine will use RCV to elect the president, and it’s already been used in several presidential primaries this spring. We would have better elections and more representative outcomes if voters in all 50 states had this valuable, non-partisan option to improve our democracy.

RCV is easy, popular, and increasingly used in the United States and around the world. Because it functions like an instant runoff, it’s especially useful for ensuring the fairest result when there are more than two candidates in a race. If someone wins more than 50%, they win, just like any other election. But if everyone falls short of a majority, then the last place candidate is eliminated, and backup choices come into play. Voters handle the ballot with ease—more than 99.8% cast a valid ballot in Alaska’s first use of RCV this spring in its presidential primary, with nearly all ranking multiple candidates.

There are no plurality winners with RCV—which means there are also no spoilers and no wasted votes. It advantages no party, just the voters. In our current single-choice, non-majority system, it’s certainly possible that Amash could end up playing the spoiler. In 2016, a Libertarian ticket led by two former governors, New Mexico’s Gary Johnson and Bill Weld of Massachusetts, earned more votes than the margin of victory for Trump and Hillary Clinton in 10 states and nearly 4.5 million votes nationwide—greater than Clinton’s national popular vote margin.

What might happen in 2020 without RCV? In GOP-leaning states like Arizona and Georgia, a strong Libertarian candidate could split the anti-Biden vote. Elsewhere, a persistent and articulate Trump critic on the right could “double team” Trump and drive him down. Or, in competitive swing states, Amash could divide the anti-Trump vote.

RCV changes this calculus. In any state where Amash finished third, he’d be eliminated as part of the instant runoff. His voters would go to their second choices. An Amash voter who’s also a “Never Trump” Republican might put Biden second. An Amash voter who wants to send a message but sees backing a Democrat as a bridge too far can put Trump second.

No one would spoil anything. No voter would have to settle for a lesser of two evils. We’d have a very different campaign—and a true, representative majoritarian result. The winner in every state would collect more than 50% of the vote. Democrats and Republicans would try to persuade Libertarians to their side.

Instead, get ready for Trump and Biden backers to browbeat third-party voters. They will insist that they fall in line and repeat all the familiar arguments about Ralph Nader and Susan Sarandon. Republicans will point out all the times that a Libertarian candidate helped allow a Democrat to capture a U.S. Senate seat or governorship—most recently in Kentucky. Both sides could claim that their side might have won had third-party voters not demanded ideological perfection.

But all that vitriol didn’t convince people in 2016 and it’s not likely to work in 2020 either. Millions of Americans, once again, will be dissatisfied by a binary choice between Biden and Trump, and look instead toward a third party or independent option. We should not blame voters for wanting more choice when it happens again and again. Blame starts with policymakers who sit on their hands. We ought to make it easier for voters to express the fullness of their opinion, while still generating winners that the widest number of people support.

After all, when supporters of a major-party candidate complain about “spoilers,” they’re really complaining about plurality winners. It’s not that they dislike having more than two choices. They’re worried about an unrepresentative result. They’re complaining that a divided field will allow someone to win with less than 50%. So let’s fix that. RCV is the best way.

The time for change is now. Democrats and Republicans can spend the next year trying to hector independents out of the race. Or, every state could join Maine, embrace RCV and give Americans the tools to bring order to our messy politics all by themselves.

What is Ranked Choice Voting?

Ranked Choice Voting (RCV) allows voters to rank candidates by preference instead of choosing just one.

Why change the system?

Advocates for Ranked Choice Voting argue that it promotes candidates who are able to obtain broader support than plurality elections (the current system), since the winning candidate typically has strong first-choice support and also receives a high number of second and third-place votes. RCV is also intended to give voters more choice, rather than limiting them to only supporting one candidate.

Why change the system, and why change it now?

In the 2008 election, Santa Feans voted to put RCV into the City Charter. The voting software to support RCV wasn’t available then, but was installed recently.

How do I fill out a Ranked Choice ballot?

Ranked Choice Voting is easy! Instead of choosing just one candidate, you can rank them all, from your first choice to your last.

How are ranked choice ballots counted?

To win a ranked choice election, a candidate must receive at least a majority of total votes counted. A majority is 50% of the total, plus one vote.

The process is repeated until one candidate reaches a majority and is declared the winner.

SANTA FE — Santa Fe is set to become the first city in New Mexico to use ranked-choice voting after a state district court judge ruled that the city can’t postpone implementation of the election system any longer now that appropriate vote-counting software is ready to go.

More than nine years after city voters said they wanted it and 40 days before the first ballots will be cast in the 2018 municipal election, the City Council has decided how ranked-choice voting will work in Santa Fe.

Councilors, deliberating the minutiae of a ranked-choice voting ordinance at great length Wednesday night, defined various terms to establish the “rules” of how a ranked-choice election would proceed — that is, how to handle different sorts of improperly marked ballots.

Ranked-choice voting permits voters to rank candidates for office in order of preference. If no candidate collects a majority of the vote, the last-place candidate is eliminated. Voters who ranked that eliminated candidate first see their votes transferred to their next-ranked choice, and the ballots are counted again.

This process continues until a candidate crosses the “50 percent plus one vote” threshold. 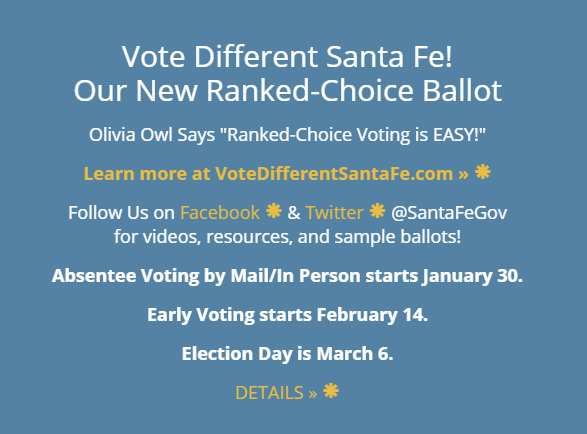 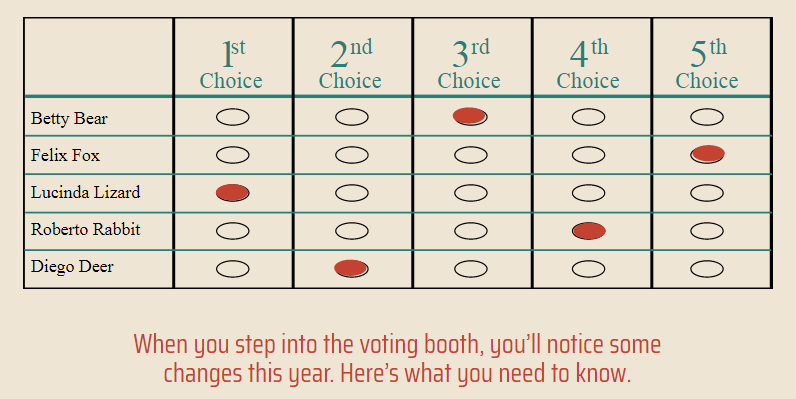