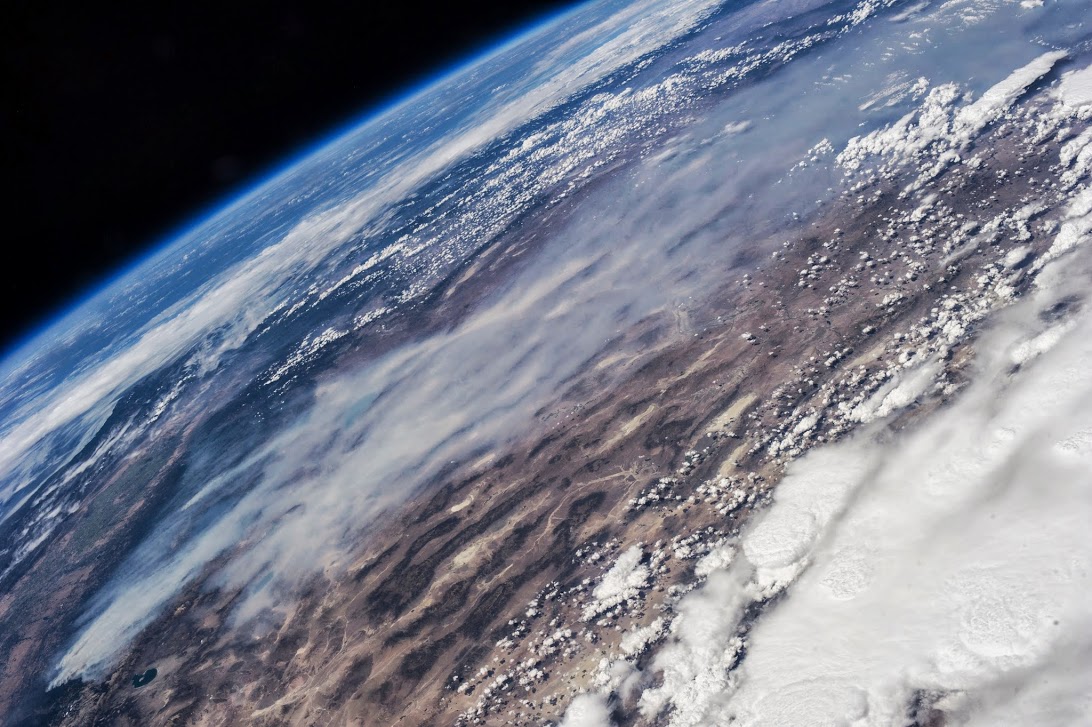 Feb 10, 2015 -- The National Academy of Sciences outlines a research agenda

Is geoengineering a bad idea? The Guardian

Can technical fixes provide a viable solution to climate change or are they a high-risk, irresponsible distraction from the need to cut carbon emissions? Illustration showing various geoengineering technologies. Has the time come to seriously consider ...

The National Academy of Sciences has launched two reports that call for more research into geo-engineering methods. The panel has also urged to reduce carbon emissions. As per the Oxford Geoengineering Programme ...

Government-backed scientists Tuesday called for research and testing of last-ditch "climate interventions" — to cool the planet by blocking sunlight or by capturing and burying carbon dioxide ...

Observing the potentially dangerous impacts of the global warming and climatic degradation on the planet in coming decades, a scientific panel on Tuesday voiced for more extensive research work on advanced technology called geoengineering ...

CLIMATE CHANGE — A large majority of international climate scientists say it may already be too late to stop climate change by conservation alone. That's why they're considering a radical approach that involves re-engineering Earth's ...

Miami (AFP) - Attempts to curb climate change by capturing carbon underground or geo-engineering to help the Earth better reflect incoming sunlight are nowhere near ready for use, a US panel of scientists said. "There is no substitute for dramatic reductions ...

Geoengineering should not yet be deployed as a solution to climate change or replace cutting emissions, according to the US National Academy of Science. The organisation called for more research into the area ... 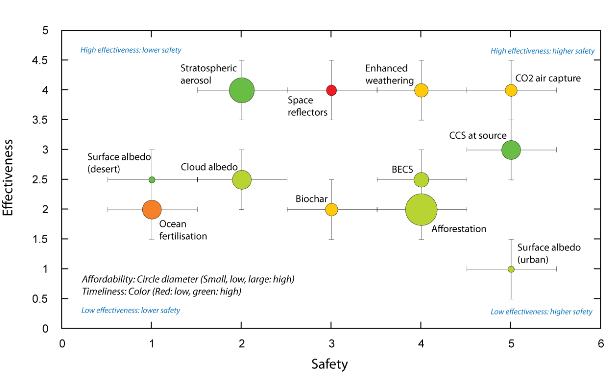 Alarmed by the rapid pace of climate change, a key federal science panel is urging a major research effort into high-tech schemes that could cool the planet if prevention fails, potentially including giant machines to suck greenhouse gases from the air, aerosol ...

The National Academy of Sciences outlines a research agenda for two broad approaches that may be needed as greenhouse gas emissions continue to rise.

The National Academy of Sciences outlines a research agenda for two broad approaches that may be needed as greenhouse gas emissions continue to rise ...

WASHINGTON -- A pair of reports from one of the country's leading scientific bodies suggests that while geoengineering should not be treated as the solution to climate change, it merits further investigation. The National Academy of Sciences ...

Advent of geoengineering may help lower temperature of debate over climate ... Phys.Org

Geoengineering, an emerging technology aimed at counteracting the effects of human-caused climate change, also has the potential to counteract political polarization over global warming, according to a new study. 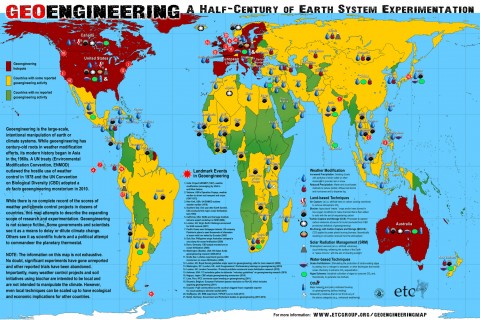 Deep cuts in greenhouse gas emissions, while necessary, may not happen soon enough to stave off climate catastrophe. So, in addition, the world may need to resort to so-called geoengineering approaches that aim to deliberately control the planet's climate.

There's this wild, grandiose idea – mostly discussed in academic circles – that we could offset and reverse the effects of global warming by intentionally spraying reflective particles high into the atmosphere. “[It] would mimic the effects of a volcanic eruption”

Birds fly past at sunset as smoke emits from a chimney at a factory in Ahmadabad, India, in this December file photo. The National Research Council's Committee on Geoengineering Climate released findings from two reports ...

Rethinking the unthinkable The Guardian

A new report from the US National Academies looks at the 'wildly, utterly, howlingly barking mad' idea of geoengineering the climate. Jack Stilgoe, a sociologist who has spent the last three years working with geoengineering researchers, takes an early look.

Geoengineering, i.e. tinkering with the climate to stop the rising tides of climate change, is a provocative and frankly still kinda crazy idea. Officially. Two long-awaited reports from the National Academy of Sciences (NAS) out today say as much ... 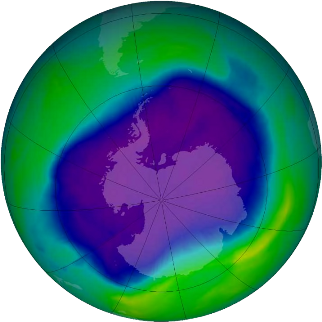 Controversial Plan of 'Geoengineering' To Stop Global Warming ... The Inquisitr

A “far out” plan to combat global warming could be in the works, according to some scientists, and has them a bit frightened. You might have heard of “geoengineering.” It's the highly controversial theory that humans could slow, stop, or even reverse global ...

Scientists: We Cannot Geoengineer Our Way Out of the Climate Crisis The Nation

When Mount Pinatubo erupted in the Philippines in 1991, the volcano shot 20 million tons of sulfur dioxide into the stratosphere. Those particles reflected enough sunlight to cool the Earth by about one degree Fahrenheight—a temporary phenomenon ...

The 2013 movie Snowpiercer took a fanciful look at what might happen if human attempts to engineer the climate were to go awry. A pair of reports from the National Research Council offers a sober, reality-based look ...

The most comprehensive study to date on geoengineering says we probably shouldn't do it—at least not yet. —By Tim McDonnell. | Tue Feb. 10, 2015 11:00 AM EST. Email. Post. Johnno/Flickr. You might have heard of "geoengineering."

A panel of the National Research Council is calling for federal funding of research into two controversial areas of climate science: removing carbon dioxide directly from the atmosphere and albedo modification, or shading the planet from the sun ...

The idea of geoengineering to reverse climate change has been around since the 1960s. The two-volume NAS report says cutting GHGs is the only solution ... 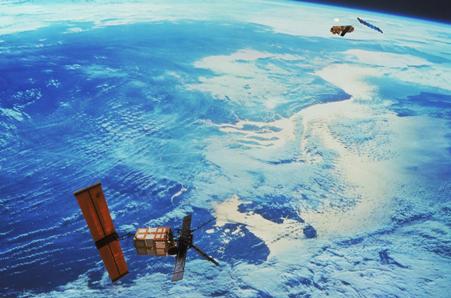 Climate intervention is not a replacement for reducing carbon emissions ... Phys.Org

There is no substitute for dramatic reductions in greenhouse gas emissions to mitigate the negative consequences of climate change, a National Research Council committee concluded in a two-volume evaluation of proposed climate-intervention techniques.

The eruption of Mount Pinatubo in the Philippines in 1991 spewed almost 20 million tons of sulfur dioxide into the atmosphere, causing worldwide temperatures to drop half a degree on average. Before anyone tries to cool the ...

Global warming might be slowed by removing accumulating heat-trapping carbon dioxide from the air or blocking some sunlight (click for more). A science panel found that cutting emissions remains the prime priority ...

"The likelihood of eventually considering last-ditch efforts to address damage from climate change grows with every year of inaction on emissions control," says US National Academy of Science report.

Geoengineering should not be used as a climate fix yet, says US science academy Business Green

Climate change has advanced so rapidly that the time has come to look at options for a planetary-scale intervention, the National Academy of Science said on Tuesday. But it was categorical that such 'geoengineering' should not currently be deployed ... 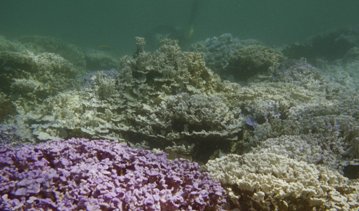 You might have heard of “geoengineering.” It's the highly controversial theory that humans could slow, stop, or even reverse global warming by “hacking” the planet with epic technological feats that would alter the chemical composition of the atmosphere.

The politics of climate change provides one of the greatest challenges of 21st century diplomacy and international governance. According to the United Nations Institute for Training and Research, "Given the many different stakeholders and communities ...

Recommendation 2: The Committee recommends research and development investment to improve methods of carbon dioxide removal and disposal at scales that would have a global impact on reducing greenhouse warming, in particular to minimize ...

A report from the National Academy of Sciences says inaction on greenhouse-gas emissions makes resorting to geoengineering more likely. Why It Matters. Climate change threatens ...

Fox News - no Fox articles on this historic National Academy of Sciences story but a search of "geoengineering" from the Fox News online website/archive produces the following link to past geoengineering articles. Search of Fox on "geoengineering"

Humans are having an impact

"Human beings are now carrying out a large scale geophysical experiment of a kind that could not have happened in the past nor be reproduced in the future."

The impact of human (anthropogenic) activity on the climate is denied as a matter of record and reporting by Fox News, the second largest media group in the world.

Given the Fox record it is not surprising that today's significant news story centered around the findings -- and warnings -- of an august US scientific organization is not reported in a significant, timely way.

The consequences of Fox News/Corp providing ongoing climate denial information to a Fox News audience is significant. Of course, any need for geonengineering presupposes that there is climate change/global warming that must be dealt with in order to avoid profound consequences.

Although Fox editorially and in its business practices regards climate change as suspect, denying climate change/fossil fuel connections and human impact, the climate science evidence is there to see -- an overwhelming consensus from a worldwide scientific community urging environmental actions now to mitigate fossil fuel/emission impacts.

It should be noted, in the interest of full and open disclosure, that a large equity position in Fox News Corp by Saudi Arabian oil/gas interests as this research piece from Politifact points out. As of 2104, Prince Alwaleed owns 7 percent of Fox voting stock with 21st Century Fox (Fox News), second only to founder Rupert Murdoch...

US Senator Inhofe in Denial

"Climate is changing and climate has always changed and always will," Inhofe told the Senate (January 22, 2014). "The hoax is that there are some people who are so arrogant to think they are so powerful they can change climate. Man can’t change climate."

In the interests of disclosure, Senator James Inhofe (R-Okla.) http://www.inhofe.senate.gov/issues/energy-environment, is a leading spokesperson for oil/gas interests and, as a result of recent mid-term elections, has moved into the position of chair of the Senate Environment and Public Works Committee, overseeing the US environmental protection/investments/progress...

According to an analysis from the Center for American Progress, the coal, oil, gas and electric utility industries spent at least $721 million during the 2014 midterm election cycle, with a goal of "putting industry-friendly politicians in charge of both chambers and laying the groundwork for the new Congress to advance special-interest priorities such as approving the Keystone XL pipeline". Media Matters

In addition, over $13 million was delivered in direct contributions to US Senators in 2013-2014 by energy interests (oil/gas/coal).

Among the beliefs of the good Senator from the oil/gas producing state of Oklahoma:

Has stated that the United Nations invented the idea of global warming in order to "shut down the machine called America."

Has been quoted on Fox News saying "Those individuals from the far left, and I’m talking about the Hollywood elitists and the United Nations and those individuals, want us to believe it’s because we’re contributing C02 to the atmosphere that’s causing global warming. It’s all about money. I mean what would happen to the Weather Channel’s ratings if all of a sudden people weren’t scared anymore?"

"Do you realize I was actually on your side of this issue when I was chairing that committee and I first heard about this? I thought it must be true until I found out what it would cost." -- The Rachel Maddow Show, MSNBC, 15 March 2012 -- On hearing about climate change as chair of the Senate Environment Committee

"God’s still up there. The arrogance of people to think that we, human beings, would be able to change what He is doing in the climate is to me outrageous."

Carbon emissions aren’t to blame for climate change. God is. 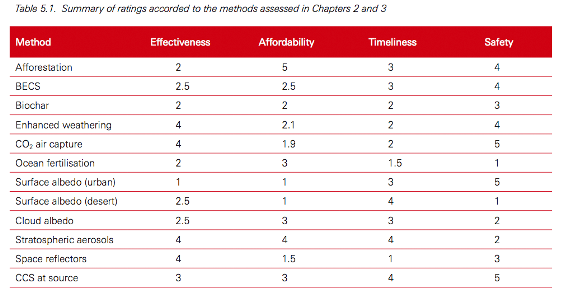