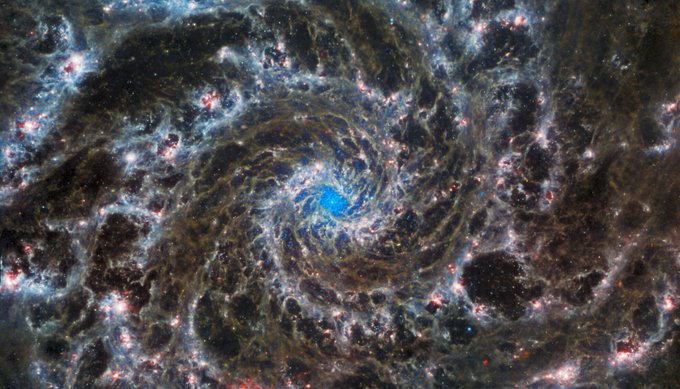 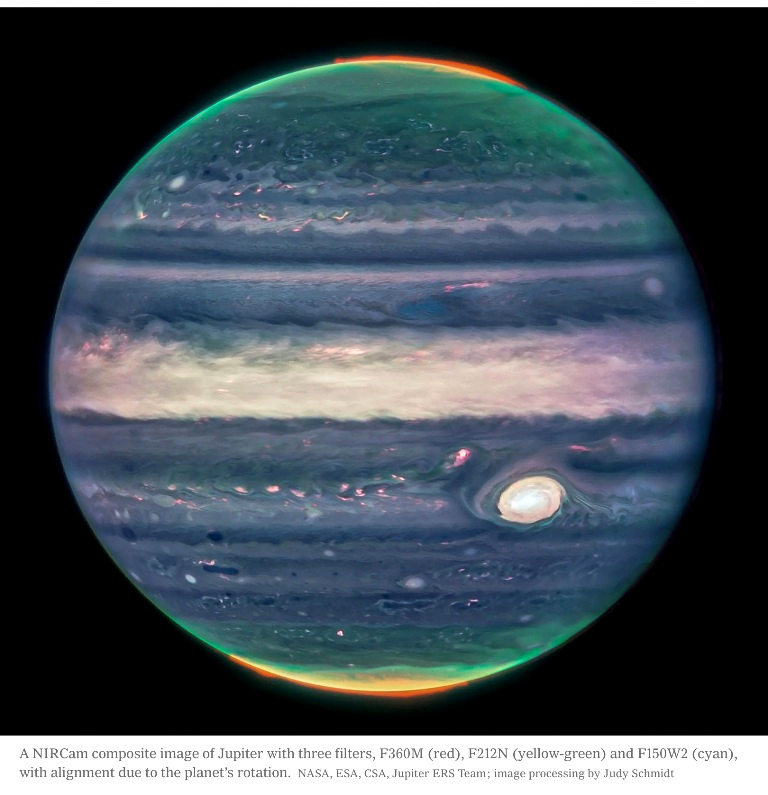 We're looking back in time some 13 billion light years ago

Now comes a mind bending science adventure. What a ride it'll be... 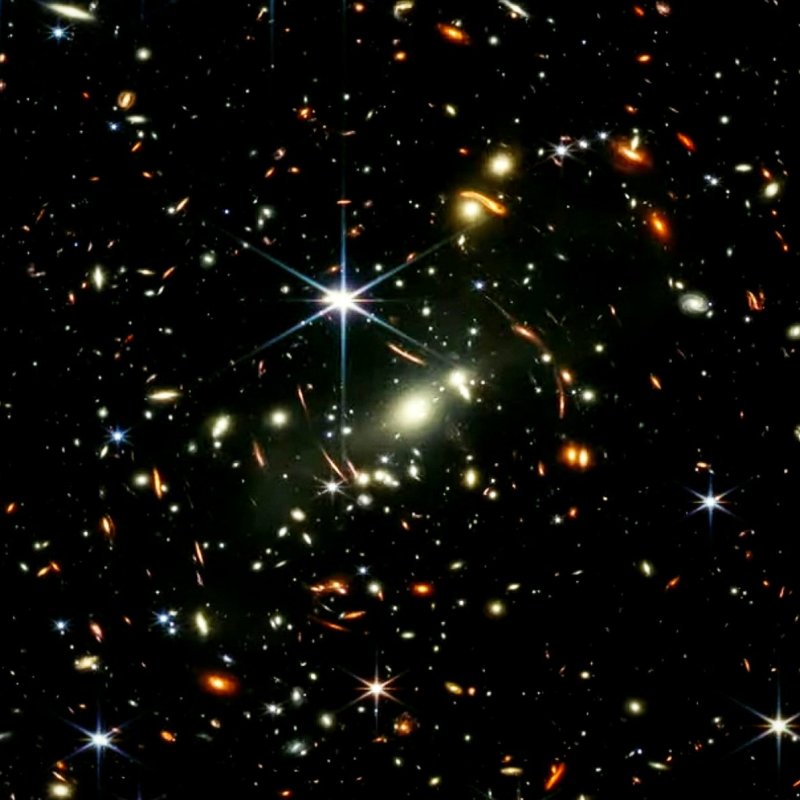 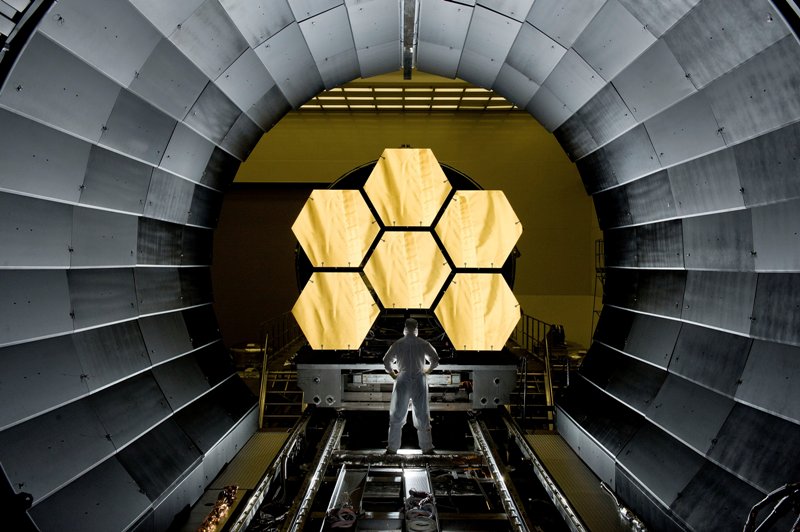 You have a date with the Webb !

On July 12, the first full color images and data from the world's most powerful observatory will be revealed: 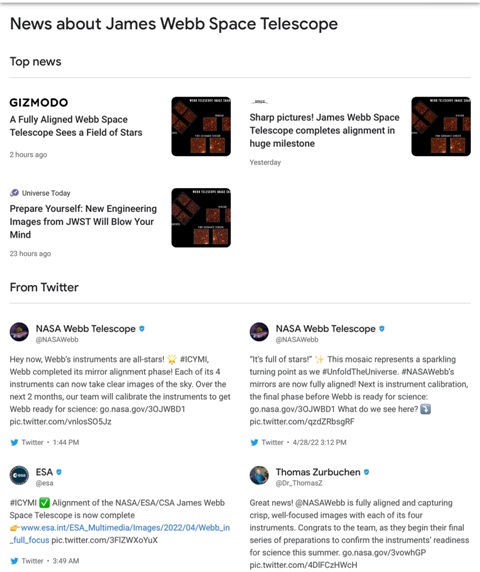 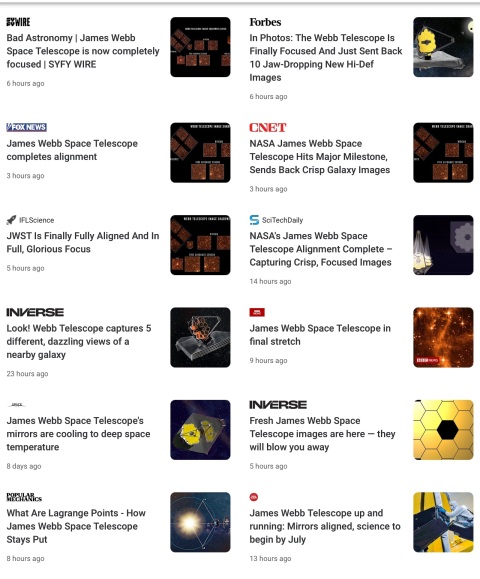 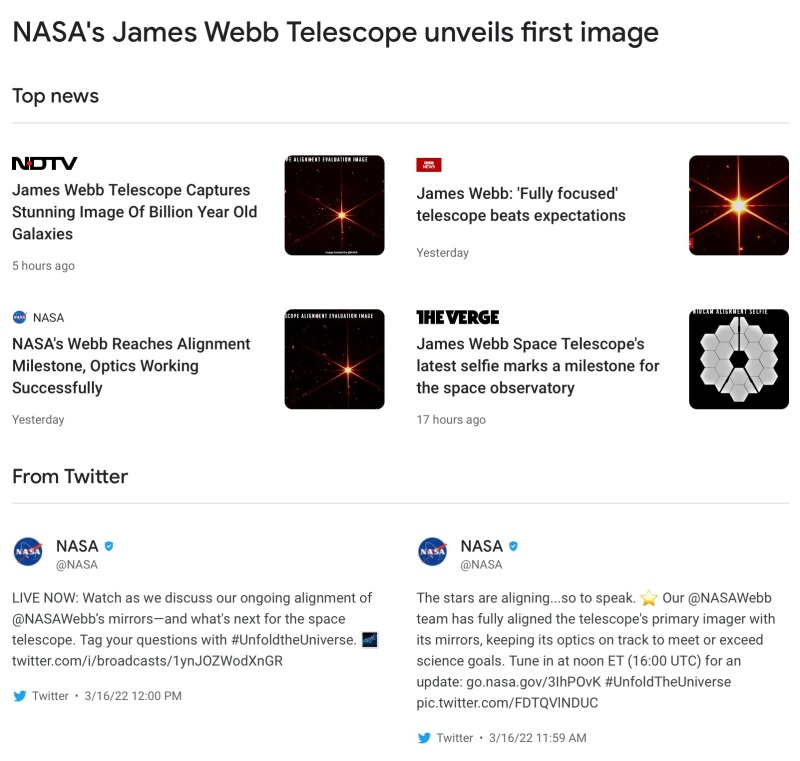 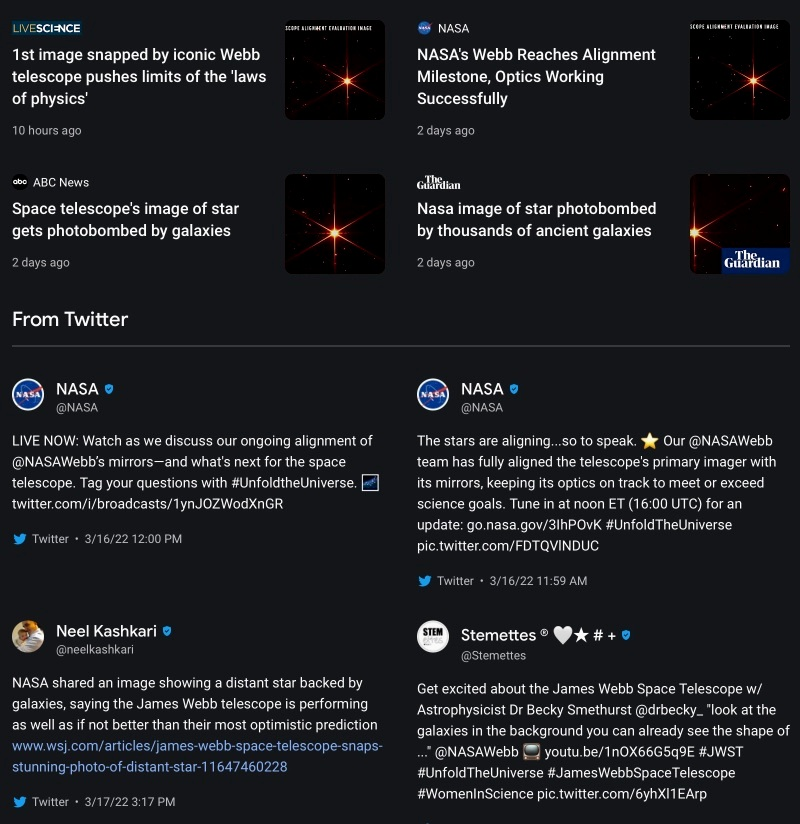 Ready for Webb's View of the Universe?

"Webb, welcome home!" NASA Administrator Bill Nelson said in an official NASA statement. "Congratulations to the team for all of their hard work ensuring Webb's safe arrival at L2 today. We're one step closer to uncovering the mysteries of the universe.

NASA - ESA have completed deployment of the Webb space telescope

A 'Last Look at the James Webb Space Telescope #JWST 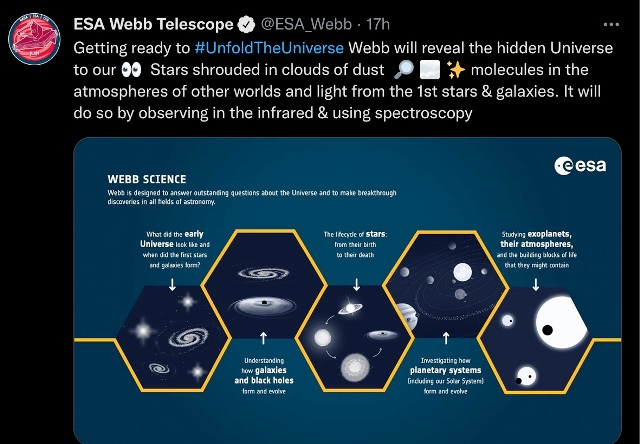 How the James Webb Telescope Will See Back in Time 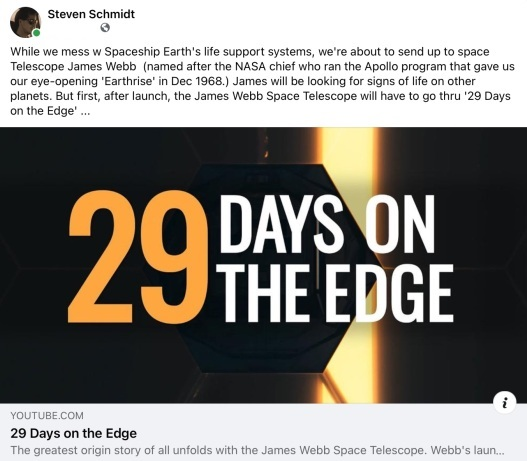 Why will it take six months to see JWST's first science images? 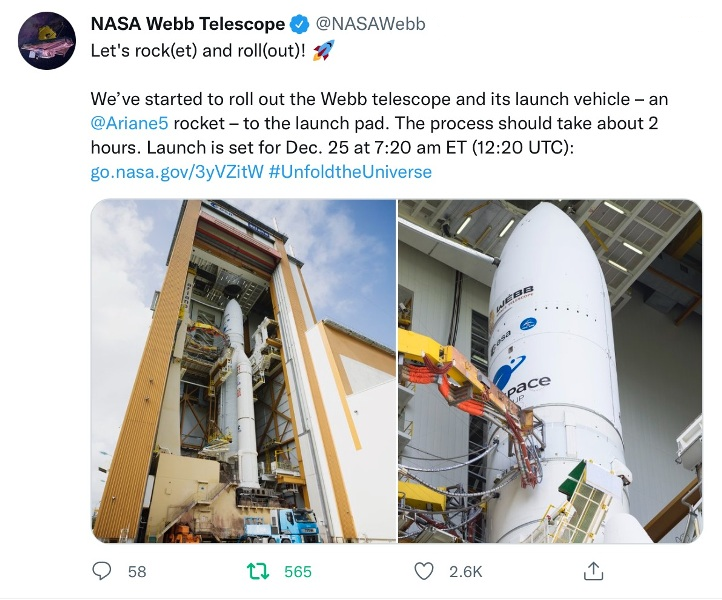 The James Webb Telescope, #JWST, is more specialised than the Hubble Space Telescope.

The Webb captures the infrared part of the spectrum, the light that human eyes cannot see...

The #JWST is designed to go, and take our vision, far beyond what the Hubble telescope can do... 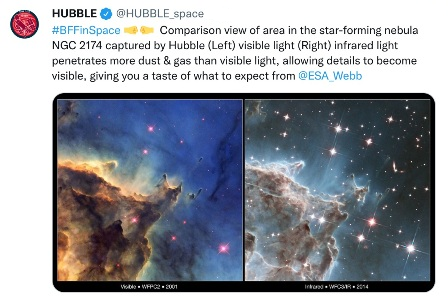 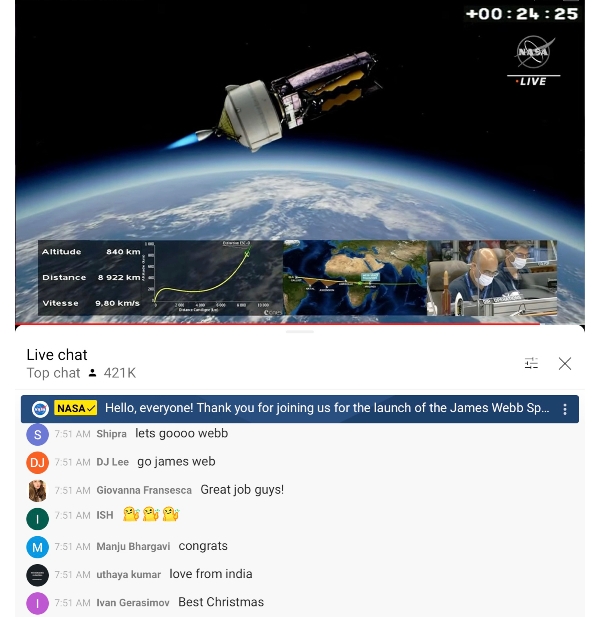 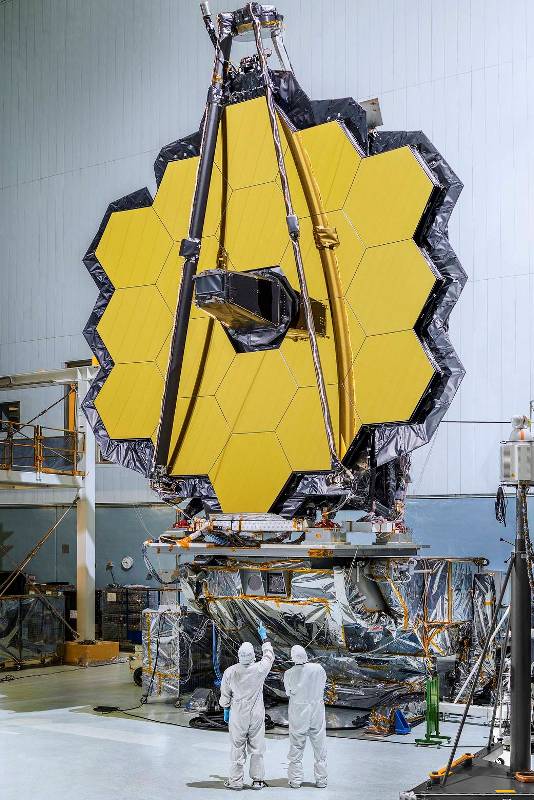 Preflight model at SXSW in TX

James Webb in the spotlight 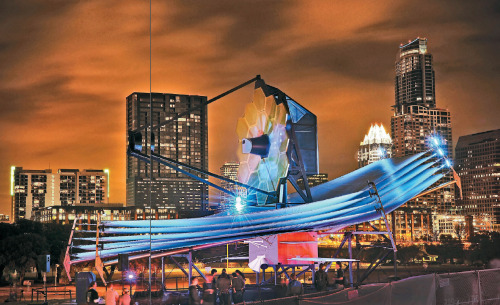