The Problem Beyond Fake News

A manipulated video being shared by some social media users to spread a false claim that House Speaker Nancy Pelosi slurred her words after meeting with President Donald Trump on Wednesday has been removed by YouTube, the company told CNN on Thursday.

The crudely edited video comes amid warnings from the US intelligence community that more sophisticated video manipulation may be part of future disinformation campaigns targeting the American electorate.

The video, which shows Pelosi's onstage comments at the Center for American Progress on Wednesday, has been slowed down, which makes her words seem slurred.

Pelosi's spokesman declined to comment on the video when contacted by CNN. When asked about this video and other manipulated videos targeting Pelosi, her spokesman Drew Hamill told The Washington Post, which first reported the story, "We're not going to comment on this sexist trash."

"By my calculation, the altered video has been slowed by almost 75% introducing a significant distortion in her speech," Hany Farid, a professor at UC Berkeley and expert in digital forensics and image analysis, told CNN.

A Facebook representative told CNN on Thursday that the Pelosi video had been referred to the company's third-party fact checkers for review. On Friday, the company said one of its fact checkers had said the video was false.

Because of that determination, Facebook will downrank the video, meaning it will show up in fewer users' News Feeds. The video will remain on the platform, however. Just one version of it had 2.5 million views on the platform as of Friday morning, according to Facebook's metrics.

The representative explained that Facebook does not have a policy that stipulates information people publish on Facebook must be true. Among the steps Facebook takes to tackle the spread of false information is the one it is taking Friday, moving to make the video seen by fewer users, the representative said.

YouTube, which is owned by Google (GOOG), removed the video, its spokesperson told CNN.

"YouTube has clear policies that outline what content is not acceptable to post and we remove videos violating these policies when flagged to us. These videos violated our policies and have been removed," the spokesperson said.

The video did not appear prominently in YouTube search and YouTube's recommendations, the spokesperson said.

On Thursday night, Fox Business' 7 p.m. ET show featured a segment in which panelists speculated about Pelosi's health and competence on the basis of an edited clip of her recent speech. Trump subsequently tweeted the clip with a disparaging comment.

A short time later, Trump's attorney Rudy Giuliani also tweeted -- and then quickly deleted -- a video raising similar questions about Pelosi's fitness on the basis of an edited clip. 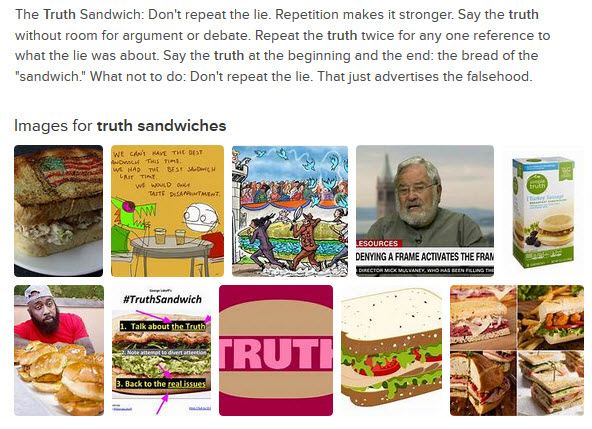 “What happens when anyone can make it appear as if anything has happened, regardless of whether or not it did happen?"

In mid-2016, Aviv Ovadya realized there was something fundamentally wrong with the internet — so wrong that he abandoned his work and sounded an alarm.

A few weeks before the 2016 election, he presented his concerns to technologists in San Francisco’s Bay Area and warned of an impending crisis of misinformation in a presentation he titled “Infocalypse.”

The web and the information ecosystem that had developed around it was wildly unhealthy, Ovadya argued. The incentives that governed its biggest platforms were calibrated to reward information that was often misleading and polarizing, or both.

Platforms like Facebook, Twitter, and Google prioritized clicks, shares, ads, and money over quality of information, and Ovadya couldn’t shake the feeling that it was all building toward something bad — a kind of critical threshold of addictive and toxic misinformation. The presentation was largely ignored by employees from the Big Tech platforms...

Our platformed and algorithmically optimized world is vulnerable — to propaganda, to misinformation, to dark targeted advertising from foreign governments — so much so that it threatens to undermine a cornerstone of human discourse: the credibility of fact...

Ovadya, an MIT grad, dropped everything in early 2016 to try to prevent what he saw as a Big Tech–enabled information crisis. “One day something just clicked,” he said of his awakening. It became clear to him that, if somebody were to exploit our attention economy and use the platforms that undergird it to distort the truth, there were no real checks and balances to stop it. “I realized if these systems were going to go out of control, there’d be nothing to reign them in and it was going to get bad, and quick”...

Today Ovadya and a cohort of loosely affiliated researchers and academics are anxiously looking ahead — toward a future that is alarmingly dystopian. They’re running war game–style disaster scenarios based on technologies that have begun to pop up and the outcomes are typically disheartening.

For Ovadya — now the chief technologist for the University of Michigan’s Center for Social Media Responsibility and a Knight News innovation fellow at the Tow Center for Digital Journalism at Columbia — the shock and ongoing anxiety over Russian Facebook ads and Twitter bots pales in comparison to the greater threat:

Technologies that can be used to enhance and distort what is real are evolving faster than our ability to understand, control or mitigate it.

• May 23, 2019 / Check out this 'doctored' audio used to make the US Speaker of the House of Representatives appear to slur her words

• Check out this realistic AI voice clone: An AI-generated Joe Rogan is fake

The stakes are high and the possible consequences more disastrous than foreign meddling in an election — an undermining or upending of core civilizational institutions, an "infocalypse.” And Ovadya says that this one is just as plausible as the last one — and worse.

"What happens when anyone can make it appear as if anything has happened, regardless of whether or not it did?"

Worse because of our ever-expanding computational prowess; worse because of ongoing advancements in artificial intelligence and machine learning that can blur the lines between fact and fiction; worse because those things could usher in a future where, as Ovadya observes, anyone could make it “appear as if anything has happened, regardless of whether or not it did.”

“Whether it’s AI, peculiar Amazon manipulation hacks, or fake political activism — these technological underpinnings [lead] to the increasing erosion of trust,” says computational propaganda researcher Renee DiResta, “it makes it possible to cast aspersions on whether videos — or advocacy for that matter — are real.”

Given the early dismissals of the efficacy of misinformation — like Facebook CEO Mark Zuckerberg’s now-infamous statement that it was "crazy" that fake news on his site played a crucial role in the 2016 election — the first step for researchers like Ovadya is a daunting one: Convince the greater public, as well as lawmakers, university technologists, and tech companies, that a reality-distorting information apocalypse is not only plausible, but close at hand.

"It'll only take a couple of big hoaxes to really convince the public that nothing’s real."

A senior federal employee explicitly tasked with investigating information warfare told BuzzFeed News that even he's not certain how many government agencies are preparing for scenarios like the ones Ovadya and others describe.

“I think about it from the sense of the Enlightenment — which was all about the search for truth,” the employee told BuzzFeed News. “I think what you’re seeing now is an attack on the Enlightenment — and Enlightenment documents like the Constitution — by adversaries trying to create a post-truth society. And that’s a direct threat to the foundations of our current civilization."

That’s a terrifying thought — more so because forecasting this kind of stuff is so tricky. Computational propaganda is far more qualitative than quantitative — a climate scientist can point to explicit data showing rising temperatures, whereas it’s virtually impossible to build a trustworthy prediction model mapping the future impact of yet-to-be-perfected technology.

Ovadya and others warn that the next few years could be rocky. Despite some pledges for reform, he feels the platforms are still governed by the wrong, sensationalist incentives, where clickbait and lower-quality content is rewarded with more attention. "That's a hard nut to crack in general, and when you combine it with a system like Facebook, which is a content accelerator, it becomes very dangerous."

Just how far out we are from that danger remains to be seen.

Charlie Warzel is a senior writer for BuzzFeed News. Warzel reports on and writes about the intersection of tech and culture.

Advising on policy initiatives to counter fake news and disinformation spread online. The main deliverable of the HLEG was a report designed to review best practices in the light of fundamental principles, and suitable responses stemming from such principles.

Summary: The report, a document supported by a number of different stakeholders, including the largest technology companies, journalists, fact-checkers, academics and representatives from civil society has a number of important attributes including: important definitional work rejecting the use of the phrase ‘fake news’; an emphasis on freedom of expression as a fundamental right; a clear rejection of any attempt to censor content; a call for efforts to counter interference in elections; a commitment by tech platforms to share data; calls for investment in media and information literacy and comprehensive evaluations of these efforts; as well as cross-border research into the scale and impact of disinformation.