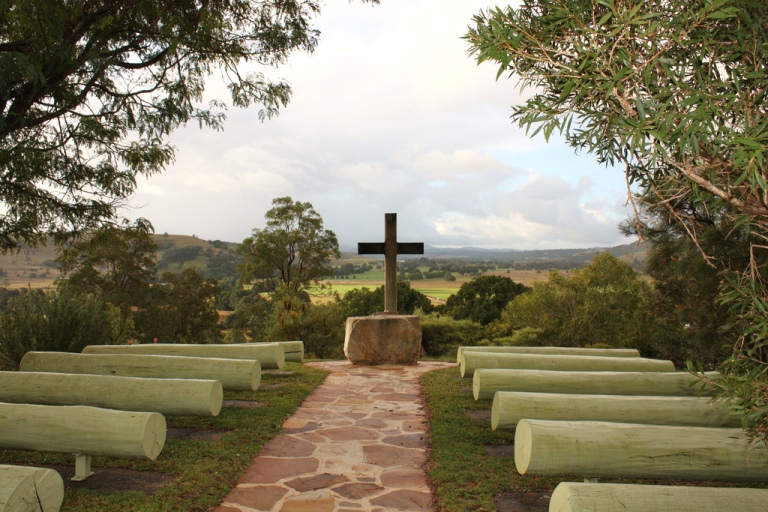 “My faith is really the ultimate source of my hope, but then in order to bolster that, I look for positive stories of what real people are doing.”

Via The Chronicle of Higher Education, Dec 2018 / A Climate Scientist, Katharine Hayhoe, Takes On Deniers, Including the Denier in Chief

An interview with Katharine Hayhoe

Hayhoe is the author of a Nobel Peace Prize-winning paper on climate change.

Atmospheric scientist and evangelical Christian Katharine Hayhoe was named one of Time magazine’s 100 Most Influential People for her work studying climate change. She teaches in the Department of Political Science at Texas Tech University but her roots are Canadian: Hayhoe was born in Toronto and her father teaches at Tyndale University College and Seminary.

Christian Courier Editor Angela Reitsma Bick spoke with Hayhoe about the relationship between her faith and the “other” book of God – science.

How did you become an atmospheric scientist?

My undergraduate degree from U. of T. is in Astrophysics, and it wasn’t until my third year that I took a course on climatology. It completely shocked me. I didn’t realize how big the problem was. I had always mentally categorized climate change as one issue along with biodiversity loss, air pollution, water contamination and deforestation. But it’s not one of these issues; it’s a huge overarching issue exacerbating the other challenges we face today. We can’t fix many of these other issues if we leave climate change out of the picture. And it’s not just environmental issues, it’s also about poverty and hunger.

I also realized that we don’t have a lot of time to fix this problem. Every day, every year that goes by without plans in place to reduce and eliminate the carbon we’re putting into the atmosphere, things are getting worse and affecting real people.

You’re on the front lines of heated debate among Christians about whether the world is experiencing climate change. What’s the most common argument you encounter, and your response?

When people voice objections to climate change, the answer is not more facts. When someone says “Canada only contributes a small percentage of total global emissions; why should we reduce our emissions?” we could say, OK, but for per-person, per-capita emissions we’re one of the highest in the world; here’s the effect that Canada has globally because of our technology; and here’s the impact we have from a leadership perspective. When I was in Paris [for the UN Climate Change Conference], Canada really played a strong role as leader; I was really proud of our country. You could bring up all of those facts. But what I’ve discovered is that those don’t really change people’s minds. Because at the base of the issue there’s not a problem with the facts. At the base of the issue is a problem with identity. We’ve been told that we can’t be who we are and agree that climate is changing due to human influence. We will throw up reasons because they’re a smokescreen for the real issue that we don’t want to admit.

What’s the real issue, then?

At the root of the fear is a sense of loss. Fear that we would lose who we are and lose our comfortable lives, fear of change, fear of hardship, fear of not having things the way we wanted them to be, fear of lack of control.

[But] our identity as Christians is not built on the frames of this world. Our identity is who we are in Christ, so that frees us.

What theological objections to climate change do you encounter?

The most common example is this: If God is in control, this couldn’t happen. Fear is at the bottom again. The answer to that is God gave us the ability to make decisions, and we make bad decisions all the time. Somebody has one too many drinks and gets behind the wheel, and kills an innocent person. There are lots of examples in the Bible about how “everything is permissible but not everything is beneficial.” And going back to Genesis, it says that God created us in his image, so that we would have responsibility, or dominion, over every living thing on this planet. So God has handed over the responsibility to care for this planet to us. Saying that God is in control is abdicating our responsibility.

A second big argument, more among evangelicals and not so much in the Reformed community, is that the world is just going to end, so what’s the point of preserving it? The answer to that is in Thessalonians, when people were saying the same thing. And Paul answers them by saying, “Get a job, take care of your family, support the poor and widows; you don’t know the day and time [of Christ’s return] and we are called to show Christ’s love to those around us.”

Then, hand in glove with the idea that the world is ending anyway is the idea that creation has fallen, so creation is no longer what God intended it to be. It’s evil and will eventually be destroyed. And this is more insidious. Again, you can’t go to science; you need to go to the Bible. In Matthew, millennia after Genesis, it talks about God’s love and care for the earth, for the lilies of the field. God’s attitude towards creation is expressed in the New Testament, which is well after the fall. In Romans, Paul talks about how God is revealed through creation. If nature is evil and fallen, everything fell, but if it’s been redeemed, it’s the expression of God. How arrogant of us to say how God views creation.

Those are the two most common. Another big one is that caring about climate change is often presented like a religion; people say, “Do you believe in climate change?” and there’s a distinct impression of worshiping mother earth. Worshiping the creation rather than the Creator. That’s why I think it’s so important to connect the dots to humans – not only do we have responsibility over the planet but it’s affecting humans; we live on this planet. We’re not separate from nature, we’re here.

One foolish argument is to say that carbon dioxide is natural. Well, sure it is; so is hemlock! So is water, but too much water can still kill you.

Another common argument from Christians is “you’re saying that we have to stop using coal, gas and oil, and all the other countries have to stop using those too. So we are healthy and prosperous and developed, with all of the resources we need thanks to fossil fuel, and you’re saying that Africans and Southeast Asians and poor people in Latin America aren’t allowed to develop.” I hear that a lot.

My response is to say, “Where are the remaining fossil fuels in the world? They’re not in Africa or Southeast Asia, except for Nigeria and Venezuela. The fossil fuel resources of the world are concentrated in the Middle East, in North America and in Europe. By encouraging developing countries to develop an addiction to the old, outdated, dirty ways of getting energy that we first used 300 years ago is a patronizing, colonialist attitude. It’s like saying, ‘you have to first use the telegraph, then the party telephone line, then the regular telephone, then wireless, then cellphones that weigh five pounds and cost $10/minute, but you can’t have the iphone for another hundred years.’ How patronizing is that!

If you go to Africa, everyone has a cell phone. And they’re charging them with solar panels. They have so much wind and solar there [without] a complicated infrastructure. Rather than condemning them to live our lives, the better thing is to recognize that there are better and different ways to get our energy. Let’s help those countries get their energy in those ways so they can leapfrog over the barriers we faced. And they can have secure sources of energy that are home-grown and benefit their economies. Don’t force them to recommit our mistakes.

Skeptics say that by the law of averages, at least some good should come of climate change. Is there any evidence for both bad and good results?

For Canada, there are both benefits and drawbacks. Canada and Russia are the two countries in the world that could see some benefits. For the global South, it’s all negative. To sit there smugly with our hands folded saying, “Well, I might be able to put the snow shovel away” – how unloving is that of our global neighbours? I would just want to put all those people in a plane – and yes, a plane emits carbon but it would be more important to show them – to Africa and say, “You’re going to walk alongside this Christian sister or brother and listen while they tell you how their rain patterns have changed and the impact that’s had on their family.”

I didn’t realize Canada and Russia had this in common.

Yes, way back in the Cold War, one of Russia’s early climate scientists in the 60s actually recommended to Russia that they burn as much coal as they could lay their hands on, because he had calculated correctly that Canada and Russia would be the only two countries to benefit and it would screw the rest of the world. It was thought of as a weapon.

Much of the data you deal with is pretty daunting. Where do you see hope?

I don’t see hope when I look at what’s happening in the world. Science actually shows that we as a community have underestimated the rate of climate change. Far from being alarmist, scientists – not environmentalists, not Al Gore – have said the scientific literature consistently underestimates what’s happening in the real world. That is not hopeful.

It also gives me hope that we are in this world but not of this world. We have an eternal hope in God. We are called to express God’s love here on this planet but we know that ultimately this is not our home.