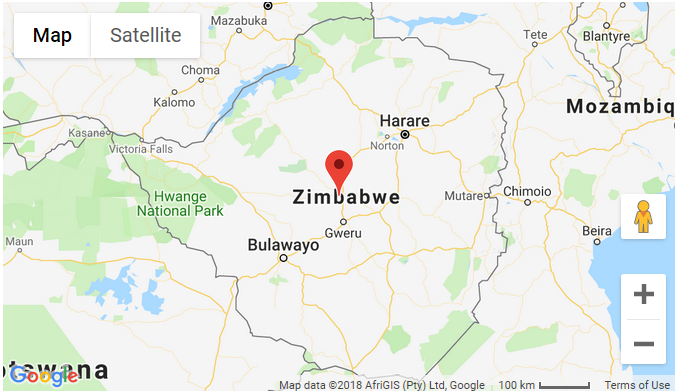 Zimbabwe News from the Guardian

(2015) After a decade of political ruin, violence and economic disaster, finally some good news is coming out of Zimbabwe. Visitors are returning in numbers not seen since the turmoil began, to spot the Big Five strut around spectacular parks, discover World Heritage–listed archaeological sites, and stand in awe of the natural wonder of the world, Victoria Falls.

A journey here will take you through a patchwork of landscapes, from central highveld, balancing boulders and flaming msasa trees, to laidback towns, lush Eastern Highlands mountains and a network of lifeblood rivers up north. Along the way you’ll receive a welcome from locals, famous for their politeness and resilience in the face of hardship.

Peter Godwin’s The Fear is a harrowing account of the situation in Zimbabwe following the 2008 election that should have removed Robert Mugabe from power. The book’s title comes from the name given to this horrific period by the Zimbabwean people.

Zimbabwean-born Godwin fled the country after being accused of being a spy and threatened with death, after reporting on the Matabeleland massacres in the early 1980s. He returns to the country with his sister Georgina, in the hope of witnessing the much-anticipated change that should have followed the election in which Mugabe was defeated 'in such overwhelming numbers that he [should have been] forced to accept the verdict'.

While waiting for some sort of resolution to the power struggle that follows the election, Godwin travels around the country of his childhood and is saddened by most of what he sees. He visits a friend’s working farm in Forrester – a rarity now that so many farms have been jambanja’d (violently overthrown) and are occupied by war veterans and other settlers without the skills or equipment to run them. Near Chiminani, the glittering quartzite ranges where he climbed as a child are overrun by gold prospectors; the caves in which he camped are now occupied by the skeletons of prospectors who died of exposure, too desperate to leave their claims. Back in the capital, Harare, the hospitals are overrun with people who have been tortured by Zanu-PF representatives for failing to vote for Mugabe or to ensure that their neighbours and families voted for Mugabe.

While he commenced his journey with so much hope for Zimbabwe’s immediate future, by the time he returns home to his family in New York, the country is still in turmoil.

Godwin had access to an incredible range of people – through old school friends, colleagues of his parents and other contacts – with a fascinating, albeit often appalling, array of stories. His writing is descriptive and engaging for the most part, making this book a distressing but worthwhile read.

In 2000 Robert Mugabe shocked the world when he made dramatic changes to land ownership laws in Zimbabwe which resulted in thousands of white Zimbabwean farmers being forced to give up their farms and many to leave the country.

Those white farmers owned 70% of the most arable land in the country which they had inherited from a colonial past built on racial hierarchy. But now the tide is shifting again. Mugabe’s people have hinted strongly, for the first time, that farmers can return–at least some of them. This will be some 15 years after the Zimbabwe government began seizing their land.

Breaking the Silence: Oppression, Fear, and Courage in Zimbabwe / 2013