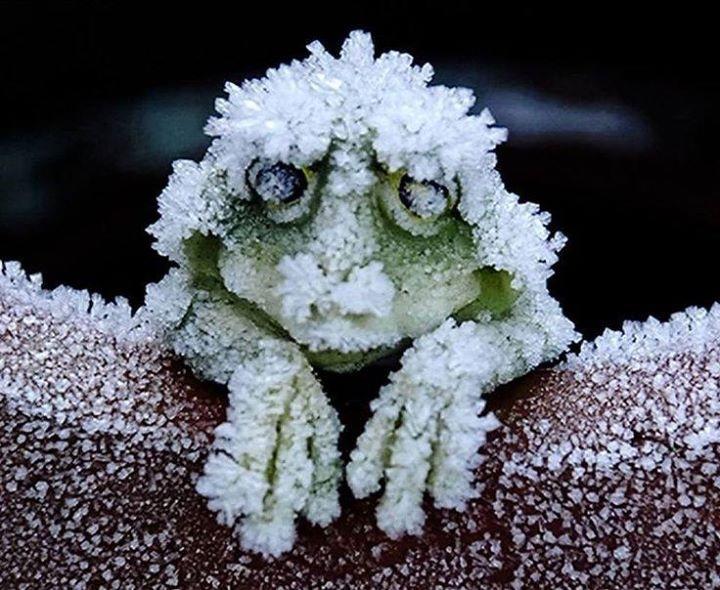 Scientists in Alaska are drilling into the permafrost in an attempt to determine how much greenhouse gas could be released if rising temperatures cause the permafrost to thaw.

Scientists estimate that five times as much carbon might be stored in frozen Arctic soils — permafrost — as has been emitted by all human activities since 1850. This worries people who study global warming. While emissions from permafrost currently account for less than 1 percent of global methane emissions, some researchers think this could change in dramatic ways as the world warms and that carbon-rich frozen soil breaks down. 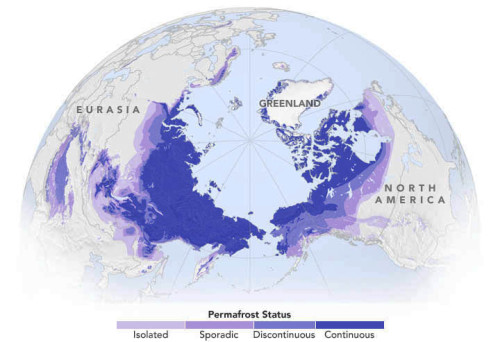 The map above, based on data provided by the National Snow and Ice Data Center, shows the extent of Arctic permafrost. Any rock or soil remaining at or below 0 degrees Celsius (32 degrees Fahrenheit) for two or more years is considered permafrost.

Using statistically modeled maps drawn from satellite data and other sources, U.S. Geological Survey scientists have projected that the near-surface permafrost that presently underlies 38 percent of boreal and arctic Alaska would be reduced by 16 to 24 percent by the end of the 21st century under widely accepted climate scenarios. Permafrost declines are more likely in central Alaska than northern Alaska.

Northern latitude tundra and boreal forests are experiencing an accelerated warming trend that is greater than in other parts of the world. This warming trend degrades permafrost, defined as ground that stays below freezing for at least two consecutive years. Some of the adverse impacts of melting permafrost are changing pathways of ground and surface water, interruptions of regional transportation, and the release to the atmosphere of previously stored carbon.

“A warming climate is affecting the Arctic in the most complex ways,” said Virginia Burkett, USGS Associate Director for Climate and Land Use Change. “Understanding the current distribution of permafrost and estimating where it is likely to disappear are key factors in predicting the future responses of northern ecosystems to climate change.”

A severe threat to tundra is global warming, which causes permafrost to melt. The melting of the permafrost in a given area on human time scales (decades or centuries) could radically change which species can survive there.

Another concern is that about one third of the world's soil-bound carbon is in taiga and tundra areas. When the permafrost melts, it releases carbon in the form of carbon dioxide and methane, both of which are greenhouse gases. The effect has been observed in Alaska. In the 1970s the tundra was a carbon sink, but today, it is a carbon source. Methane is produced when vegetation decays in lakes and wetlands.

The amount of greenhouse gases which will be released under projected scenarios for global warming have not been reliably quantified by scientific studies, although a few studies were reported to be underway in 2011. It is uncertain whether the impact of increased greenhouse gases from this source will be minimal or massive. 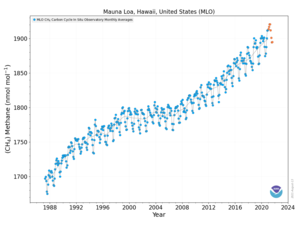 A self-reinforcing positive feedback loop is akin to a "vicious circle": It accelerates the impacts of anthropogenic climate disruption (ACD). An example would be methane releases in the Arctic. Massive amounts of methane are currently locked in the permafrost, which is now melting rapidly. As the permafrost melts, methane - a greenhouse gas 100 times more potent than carbon dioxide on a short timescale - is released into the atmosphere, warming it further, which in turn causes more permafrost to melt, and so on...

Via University of Cambridge -- Analysis of the effects of melting permafrost in the Arctic points to $43 trillion in extra economic damage by the end of the next century, on top of the more than the $300 trillion economic damage already predicted

The intensity and extent of permafrost in the northern circumpolar region is commonly divided into four broad zones: continuous, discontinuous, sporadic and isolated...

More re: Methane and Climate

Pay attention to Methane -- beyond the Arctic and Permafrost

Good Gas, Bad Gas: Burn natural gas and it warms your house. But let it leak, from fracked wells or the melting Arctic, and it warms the whole planet -- http://ngm.nationalgeographic.com/2012/12/methane/lavelle-text 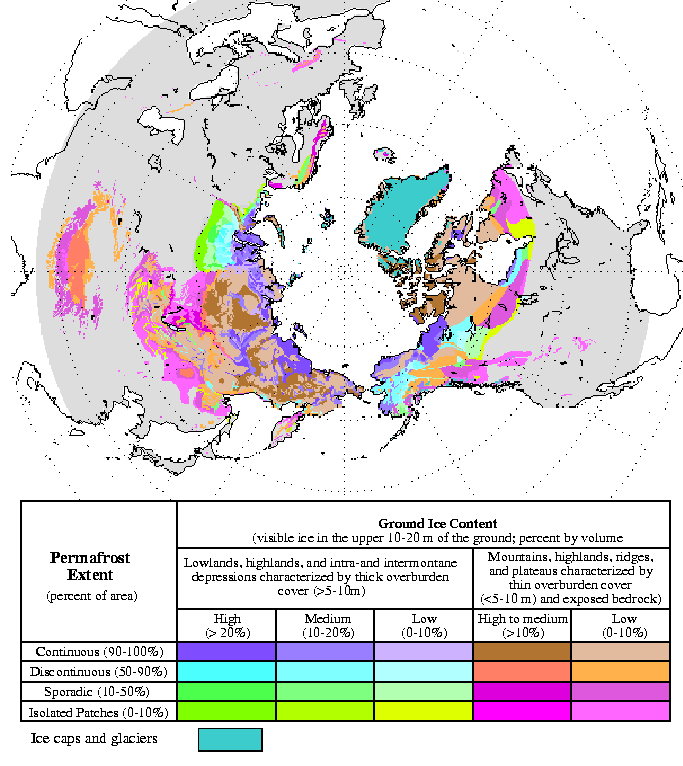