Big Insurance Companies Are Warning The U.S. To Prepare For Climate Change

Just the Beginning of the Disruption

Bracing for the Storm

How To Reform U.S. Disaster Policy To Prepare For A Riskier Future

According to a report released Tuesday by the SmarterSafer coalition, the U.S. needs to increase how much it spends on pre-disaster mitigation efforts and infrastructure protection.

“Our current natural disaster policy framework focuses heavily on responding to disasters, rather than putting protective measures in place to reduce our vulnerability and limit a disaster’s impact,” the report reads. “This needlessly exposes Americans to greater risks to life and property and results in much higher costs to the federal government.”

The SmarterSafer coalition is made up of more than 30 different groups, including some of the biggest insurance companies in the world: Allianz, Liberty Mutual, SwissRe, and USAA, to name a few. Adequately dealing with the risks of climate change is inherently important to the insurance industry...

The insurance industry  is  a business which is based almost solely on credible estimation of risk. And the risks are growing, the report notes — if global action on climate change is not taken, sea level rise is projected to increase anywhere from 8.4 inches to 6.6 feet above 1992 levels, according to the National Oceanographic and Atmospheric Administration. Risks of heavy precipitation, wildfires, and heat waves are also projected to increase.

“In short, we face a costlier and more unpredictable future,” the report says. “With the risks so apparent, action must be taken now to curb the harshest effects.”

Basically anyone with any reason to worry about the future -- financial, political, you name it -- accepts the reality of climate change and the necessity of doing something about it.

And then there’s the Republican Party.

So why is that?

The answer, of course, is money. The fossil fuel industry donates overwhelmingly to Republicans, and in exchange for this flood of campaign money, Republicans do its bidding. It's that simple.

At a time when the human race is facing the greatest threat in the history of civilization, a threat that could end all life as we know it, one of the two most powerful political parties in the most powerful country on Earth pretends like that threat doesn't even exist.

If the purpose of politics is to discuss the most important issues of our day and find a way to solve them, then we are failing miserably. It's time to get money out of politics once and for all.

After all, the future of the planet is at stake.

Climate Change Responses Only Nine of 330 Insurers Get High Grades; The Hartford, Prudential, Munich Re and Allianz Are Among Top Scorers

The Climate Change and Global Warming (C) Working Group will: 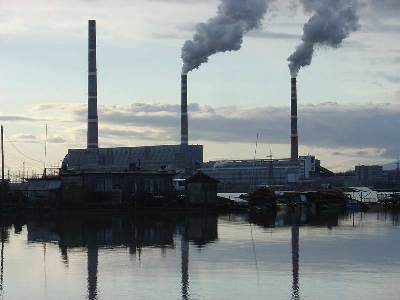 The "Mother of All Risks": Insuring Fossil Fuel Companies