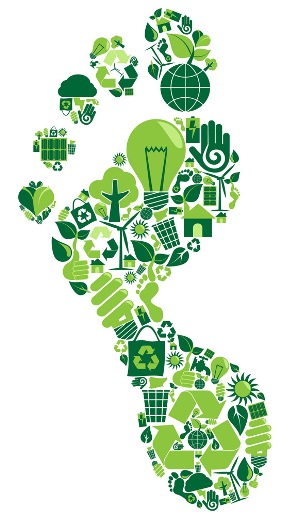 How Are You Doing Carbon-wise?

"I’m a climate scientist. I don’t “believe” in climate change: I crunch the data, look at the numbers, and draw the most sensible and reasonable conclusions. So whoever these believers are, they aren’t me.

"I also talk to people about climate change all the time: and I’ve never once told anyone to reduce their carbon footprint to zero. So whoever’s going around saying that, it’s not me or anyone I’ve ever heard.

"Why don’t I recommend this? BECAUSE MOST OF US CAN’T. We live in a world where the options to remove all carbon emissions from our lives are largely too expensive or unavailable. And even if everyone in the US eliminated their personal carbon footprint, what about emissions from industry and manufacturing?

"That’s why we need system-wide change at all levels. Yes, reducing our personal carbon footprint helps. But the single most important thing I tell people to do is, talk about it! Share with others why it’s so important. Vote on this issue. Ask elected officials what their solutions are, no matter what part of the political spectrum they’re from.

"A thermometer isn’t liberal or conservative. It doesn’t give us a different answer depending on how we vote. But the solutions are: and that’s why we need all voices at the table."