The Seed Conspiracy is revealing and speaks of organic ag, open pollinated seeds and corporate agriculture. One of the original organic seed companies, Seeds of Change, found itself in a takeover by the Mars food corporation. This was a case study of how big ag is eating up independent companies who focus on healthy foods. In the US, the acquisition of Seeds of Change in 1997 became one of the first in a series of acquisitions by large corporations of organic/natural/wellness brands that pioneered a fast expanding sector in the US (and internationally) of healthy, 'natural - whole' foods

As the most powerful multinational biotech corporation today, Monsanto has drawn the ire of farmers and consumers for its firm grip on the global food chain. The company's control and advancement of GMO seeds is of prime concern, as they symbolize the company's consolidation of agricultural processes. This consolidation has been blamed by some for a sharp spike in suicide rates among Indian farmers, many of whom could not afford to continue buying Monsanto's Ready Roundup seeds used in tandem with the company's herbicide.

Monsanto's track record has been scrutinized ever since it aided US warfare in Vietnam. Agent Orange was manufactured for the US Department of Defense primarily by Monsanto Corporation, the use of which is estimated to have killed and maimed around 400,000 while causing birth defects for 500,000 children.

Biotech companies purport that GMOs are key to feeding the world's growing population, but this claim has been heavily contested. A recent report found that GMO "seed companies' investment in improving yields in already high-yielding areas does little to improve food security; it mainly helps line the pockets of seed and chemical companies, large-scale growers and producers of corn ethanol."

GMO crops and ingredients have been consumed in the US for more than two decades. Large amounts of corn, soybeans, and canola produced in the US are genetically engineered. As much as 75 percent of processed food made in the US contains GMO ingredients.

Monsanto first introduced glyphosate weed killers in 1974. GMO seeds have caused use of glyphosate to increase immensely since the 1990s, according to US Geological Survey data.

The effects of biochemicals on wildlife, including pollinators such as honeybees and monarch butterflies, are also a point of concern. For instance, since 1990, about 970 million of the butterflies – 90 percent of the total population – have vanished across the United States, according to the US Fish and Wildlife Service. At least part of the blame rests on the boom in Roundup use. Roundup, the herbicide marketed to farmers and homeowners as an effective method for eliminating plants like milkweed, is widely blamed for decimating the butterflies’ only source of food in the Midwest.

In the European Union, suspicions that neonicotinoids pesticides are responsible for mass deaths among honeybees have led to bans on such chemicals.

As multinational corporatations have bought up seed companies in developed and developing countries, a pattern has emerged of exclusivity, where traditional seed stock is set aside and farmers are required to use company hybrid seeds and accompanying chemical inputs. Hybrid/patented seeds require intensive petrochemical/agribusiness inputs. The multiple costs of 'externalities' such as water pollution, soil depletion, pesticide impacts, economic dislocations, and non-sustainable production methods that damage local communities are now coming into view.) Alternatives such as open pollinated seeds and independent agricultural methods are being reconsidered as viable production methods without the external costs.

Multiple issues, political and business, are increasingly being debated re: production/yields/healthy products/soil depletion/acquifer/water depletion and longer term sustainability of agribusiness -- local and global agriculture is re-examining its production and future...

Wendell Berry and a food 'obsession' by environmentalist writer Michael Pollan thinking about the roots of food -- http://michaelpollan.com/articles

Weather and food costs are intertwined, as each year’s harvest is shaped by the weather and the availability of water. Cases in point are the severe droughts unfolding this year in California and Brazil. It’s also connected to a historic lack of water along with a lack of clarity on how to prioritize limited resources of water that are available, or what the foodservice industry should—or even could—be doing.

... climate change and water scarcity affect the foodservice industry today, along with strategies for managing the cost and supply of food, and protecting our water resources and businesses in the coming years.

"If you live in the western U.S., you know this is real and you know it’s impacting businesses, the public sector and so on," Sarni said. "There is an estimate that the drought is approximately a $3 billion hit to the state’s economy. That’s not good news—as California is the world’s seventh-largest economy, roughly, so $3 billion starts to become meaningful in the scheme of things. But this is not unique to California. California is essentially the canary in the mine highlighting some of the big issues that countries and regions are facing. We’re also seeing it in China and Brazil."

We are also depleting our water assets. We are basically mining groundwater, Sarni explained, meaning we are extracting water faster than it can be recharged. In essence we’re taking it out of the bank, which offers no buffer for any of the shocks triggered by drought or climate change.

But "hope is not a strategy, so let’s stop pawing at the drought," Sarni said. "Let’s deal with some of the structural issues that we’re facing in terms of how we manage water, price water and value water from both an economic and human perspective. The past is not a guide to the future. Things really have changed. We need to look at what the world will look like going forward."

Sarni called for more pragmatic management of water resources and adopting the concept of analyzing "virtual water," the water footprint of any product, food or otherwise, that requires water to manufacture it, import it or export it. It’s fundamental to know how much water it takes to grow something and then know where it goes, he said.

Solutions to today’s food-related social and environmental concerns... such as:

Menus of Change: The Business of Healthy, Sustainable, Delicious Food Choices is a ground-breaking initiative from The Culinary Institute of America (CIA) and Harvard T.H. Chan School of Public Health that examines these key issues. Launched in 2012, the initiative aims to create a network of collaboration among America’s most talented chefs, nutrition and environmental scientists, farm and fisheries experts, food service executives, and policy makers. 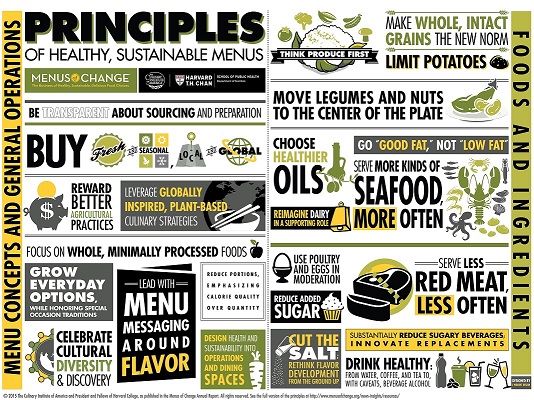 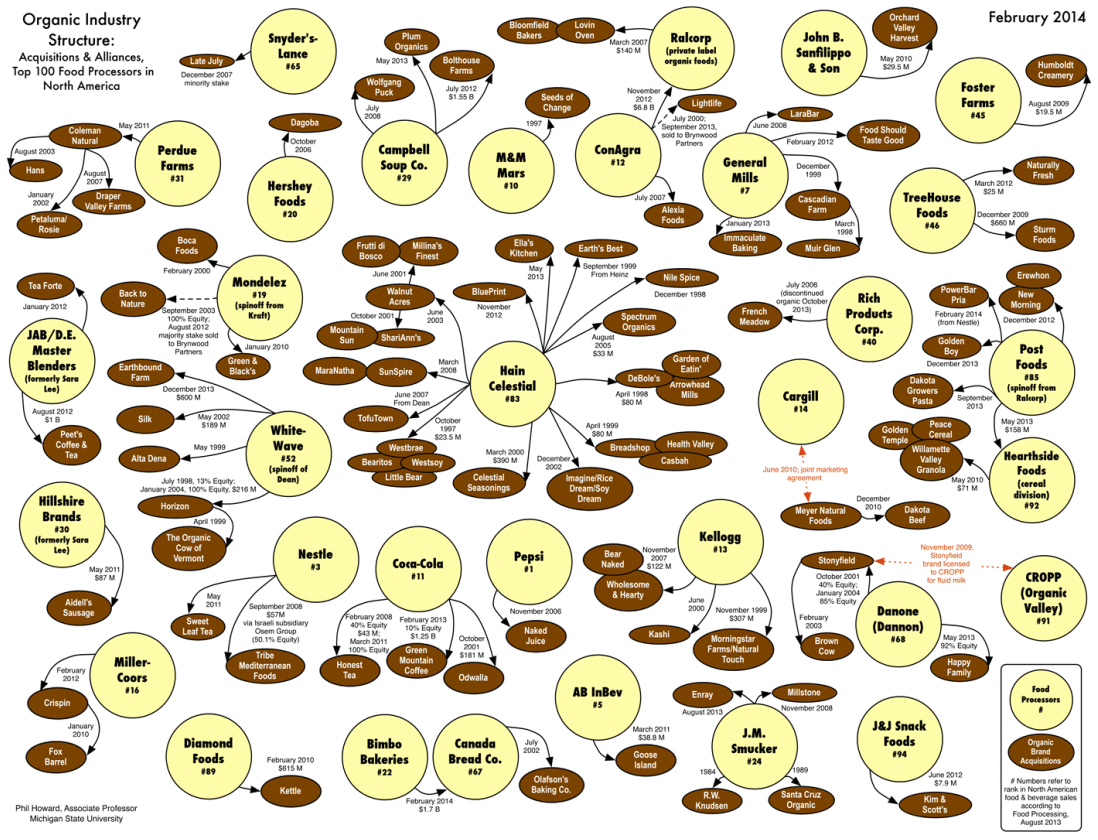