Who is Mick Mulvaney? Why is the U.S. retreating from confronting the #ClimateCrisis

If we don’t win very quickly on climate change, then we will never win. That’s the core truth about global warming. It’s what makes it different from every other problem our political systems have faced. -- Bill McKibben

We have to identify the problem, then act in many ways to solve the problem. Global warming is the threat of our times." -- Jerry Brown, December 2019

The direction of the presidency of Donald Trump is announced by the U.S. President's budget director and chief of staff, Mick Mulvaney:

“Regarding the question as to climate change, I think the President was fairly straightforward — We’re not spending money on that anymore; we consider that to be a waste of your money to go out and do that.” (March 2017) 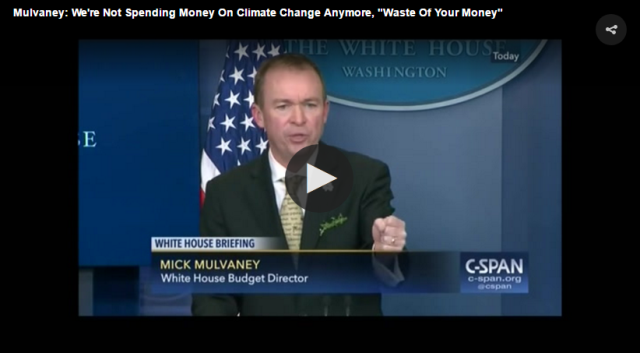 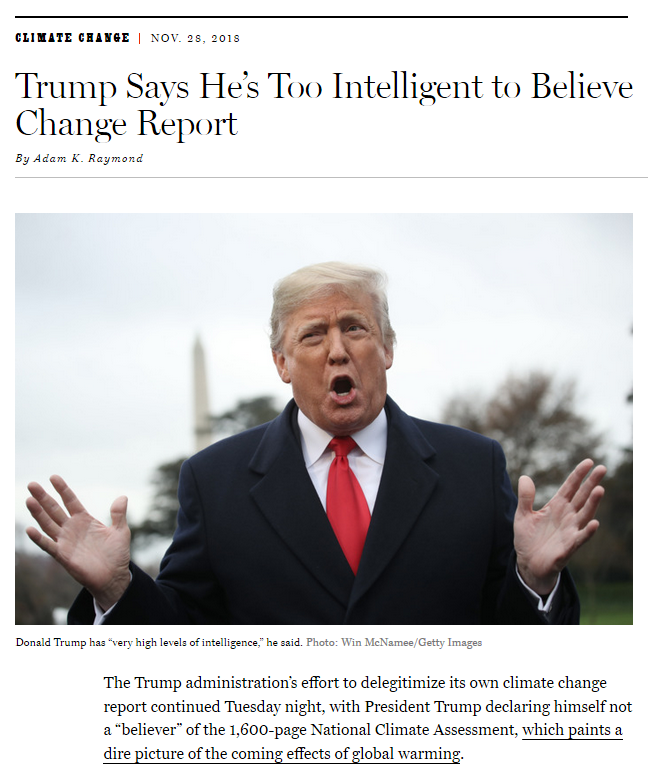 This file contains additional information, probably added from the digital camera or scanner used to create or digitize it. If the file has been modified from its original state, some details may not fully reflect the modified file.
Retrieved from "https://www.greenpolicy360.net/mw/index.php?title=File:Mulvaney_says_no_lifestyle_change.jpg&oldid=85055"
Categories: