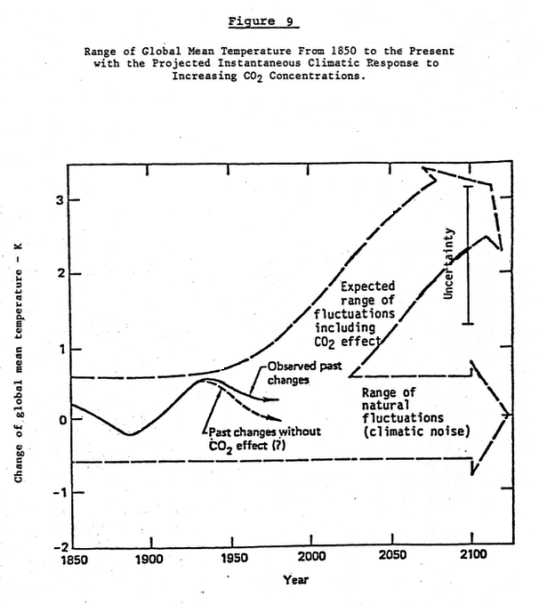 In 1982, in a climate science study that was not released to the public, ExxonMobile predicted that by 2019 the Earth's atmospheric CO2 level would reach about 415 parts per million, raising the global temperature roughly 0.9 degrees C.

Exxon: The Road Not Taken

After eight months of investigation, InsideClimate News presents this history of Exxon’s engagement with the emerging science of climate change. The story spans four decades, and is based on primary sources including internal company files never before seen, interviews with former company employees, and other evidence.

It describes how Exxon conducted cutting-edge climate research decades ago and then pivoted to work at the forefront of climate denial, manufacturing doubt about the scientific consensus that its own scientists had confirmed.

This file contains additional information, probably added from the digital camera or scanner used to create or digitize it. If the file has been modified from its original state, some details may not fully reflect the modified file.
Retrieved from "https://www.greenpolicy360.net/mw/index.php?title=File:ExxonMobil_CO2_climatic_response_study_-_Graphic_2_-_1982.png&oldid=95552"