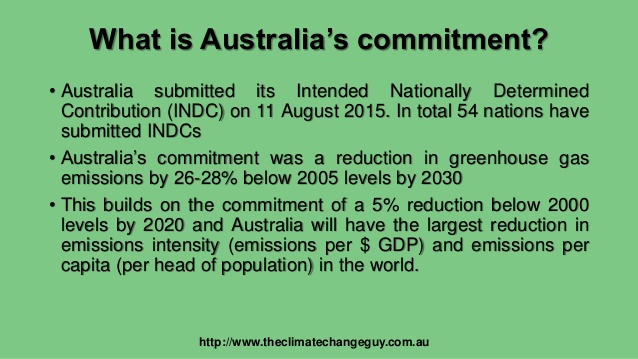 As May came and the election date was announced, the implications of the global Paris agreement between more than 190 countries just months earlier were still resonating – the world was moving away from fossil fuels and the challenge to keep global warming well below 2C was agreed.

The globe had just had its hottest year on record. April was the 12th consecutive month to break global heat records. In Australia, we just had the warmest autumn on record.

Levels of carbon dioxide in the atmosphere, taken at Cape Grim in Tasmania, passed a symbolic 400 parts per million, driven by the burning of fossil fuels. Moves to cut climate research at the CSIRO made international headlines.

This disaster coincided with the hottest sea surface temperatures on the reef in the Bureau of Meteorology’s records going back to 1900.

So climate change and clean energy should have been the red-hot issue.

But instead, at least between the ALP and the Coalition, the reaction to these seismic events was, mostly, meh.

Coral as a canary, a sentinel species

Coral reefs in peril as ocean environment is transformed

A Nightmare is Unfolding in the Great Barrier Reef -- http://gizmodo.com/a-nightmare-is-unfolding-in-the-great-barrier-reef-1767702006

Extensive bleaching has been caused by higher ocean temperatures

"This has been the saddest research trip of my life," James Cook University professor Terry Hughes, the convener of the National Coral Bleaching Taskforce, said in a press release after the team aerially surveyed almost 2,500 miles of the northern Australia reefs.

Coral bleaching is a modern phenomenon, marine scientists say; Over the past 400 years, there's no evidence of bleaching events until the late 20th century. Changing environmental factors like rising sea temperatures can cause the coral to expel their photosynthetic algae, called zooxanthellae, making many turn stark white. Others remain vivid, but have lost the green and brown hues that signal health. Without the symbiotic algae to process sunlight into oxygen and other nutrients, the coral dies.

"What we're seeing now is unequivocally to do with climate change," Prof Justin Martin University of Queensland told the ABC

The following 15 files are in this category, out of 15 total.