In Big Farms Make Big Flu, Rob Wallace stands boldly on the shoulders of giants in clearly expressing the problems with our agroindustrial system that so many already see but far too few are willing to say. With mordant wit and a keen literary sensibility, Wallace follows the story of this dysfunctional—and dangerous—system wherever it may lead, without regard to petty concerns of discipline or the determined ignorance of the commentariat and mainstream research institutions. Big Farms Make Big Flu shows the power, possibility, and indeed, absolute necessity of political ecology, lest we not only fail to properly understand the world, but fail to change it.”

These essays put you in the company of a delightful mind. Wallace is filled with curiosity, deep learning, and robust skepticism. In his company, you’ll learn about phylogeography, clades and imperial epizoology. He can also weave a mean story, with the kinds of big picture analysis that puts him alongside minds like Mike Davis’s. Who else can link the end of British colonial rule in China or the devaluation of the Thai Baht to the spread of bird flu? This collection is a bracing innoculant against the misinformation that will be spewed in the next epidemic by the private sector, government agencies and philanthropists. My copy is highlighted on almost every page. Yours will be too.

If you’ve missed the wit and brilliance of Stephen Jay Gould, here’s consolation: holistic, radical science from the frontlines of the battle against emergent diseases. Using the wide-angle lens of political ecology, Rob Wallace demonstrates the central roles of the factory-farming and fast-food industries in the evolution of avian flu and other pandemics that threaten the entire planet. Bravo to MR Press for publishing this landmark collection of essays.

— Mike Davis, author, Monster at Our Door and Planet of Slums

Eye-opening and disturbing, Big Farms Make Big Flu calls into question the status quo of livestock farms. Chapters directly address both potential hazards, and prospective solutions that could prove more humane for both the farm animals and humanity as a whole. Extensive notes and an index round out this alarmist yet highly recommended scrutiny.

Noam Chomsky has repeatedly noted that telling the truth sometimes requires making outlandish statements, which then requires considerable intellectual effort to explain why the statement only seems outlandish when it is evidently the truth. Wallace knows his Chomsky. He has, in his own words become an “enemy of the state,” and repeatedly makes “outlandish” statements in his thoughtful and thought-provoking collection of essays in Big Farms Make Big Flu. For example, one that summarizes much of his thinking is “Big Food has entered a strategic alliance with inﬂuenza … agribusiness, backed by state power home and abroad, is now working as much with inﬂuenza as against it.” Outlandish to be sure. But convincingly true nevertheless…

— The Quarterly Review of Biology 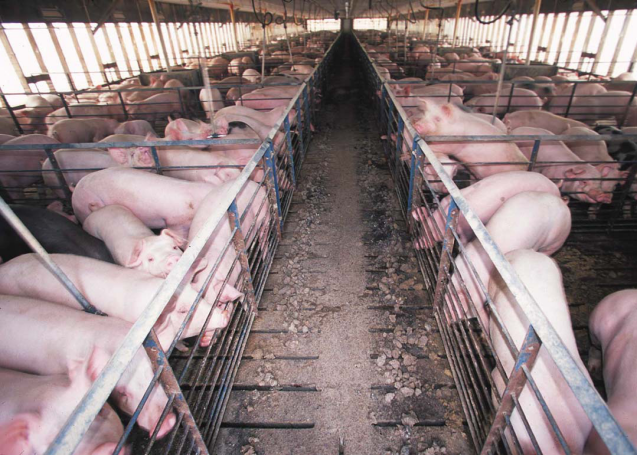 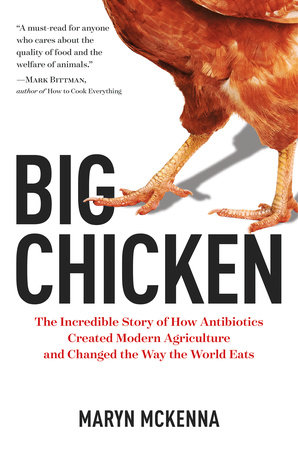 Big Chicken: The Incredible Story of How Antibiotics Created Modern Agriculture and Changed the Way the World Eats

Named a Best Science Book of 2017 by Amazon / Smithsonian / Science News; an Essential Science Read by Wired; a Best Health Book by the Toronto Globe and Mail; and a Best Food Book of 2017 by Civil Eats and the Atlanta Journal-Constitution.

What you eat matters — for your health, for the environment, and for future generations. In this riveting investigative narrative, McKenna dives deep into the world of modern agriculture by way of chicken: from the farm where it's raised directly to your dinner table. Consumed more than any other meat in the United States, chicken is emblematic of today's mass food-processing practices and their profound influence on our lives and health.

Tracing its meteoric rise from scarce treat to ubiquitous global commodity, McKenna reveals the astounding role of antibiotics in industrial farming, documenting how and why "wonder drugs" revolutionized the way the world eats — and not necessarily for the better. Rich with scientific, historical, and cultural insights, this cautionary tale... shows us the way to safer, healthier eating for ourselves and our children.

How Your Chicken Dinner Is Creating a Drug-Resistant Superbug

After Years of Abuse, the FDA Finally Curtails Antibiotic Use in Livestock

The U.S. Can't Really Know If Farmers Are Cutting Back On Antibiotics, GAO Says